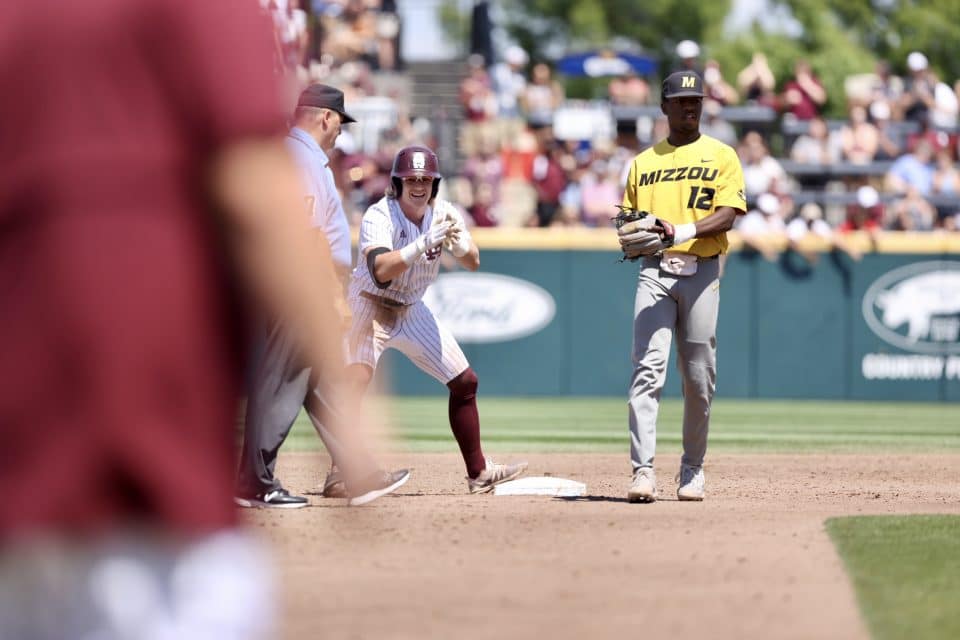 Mississippi State came to the ballpark on Saturday looking to wash the bad taste of Friday’s loss to Missouri out of their mouth. Instead, the Tigers smacked the Bulldogs directly in the teeth, taking the series with a 16-8 win.

Missouri hit the Bulldogs early and often, getting two runs in the first, then five in the second, most of those coming on a Brandt Belk grand slame. State would cut the lead in half in the bottom of the third, but from their the Tigers would continue to extend the lead. The Bulldogs got as close as 10-8 in the fifth, but their bullpen couldn’t hold it down, giving up 6 runs over the final four innings. Missouri had the leadoff man on in eight of the nine frames, hit four home runs on the day, and racked up 15 hits. State did nothing to help themselves, with four errors in the field, gave up two runs on wild pitches, and walked 8 batters.

MSU will be back in action on Tuesday against Jacksonville State, then will wrap up the season with a Thursday-Saturday series at Alabama.

Beauty at Wall Doxey State Park: Fireflies by the thousands