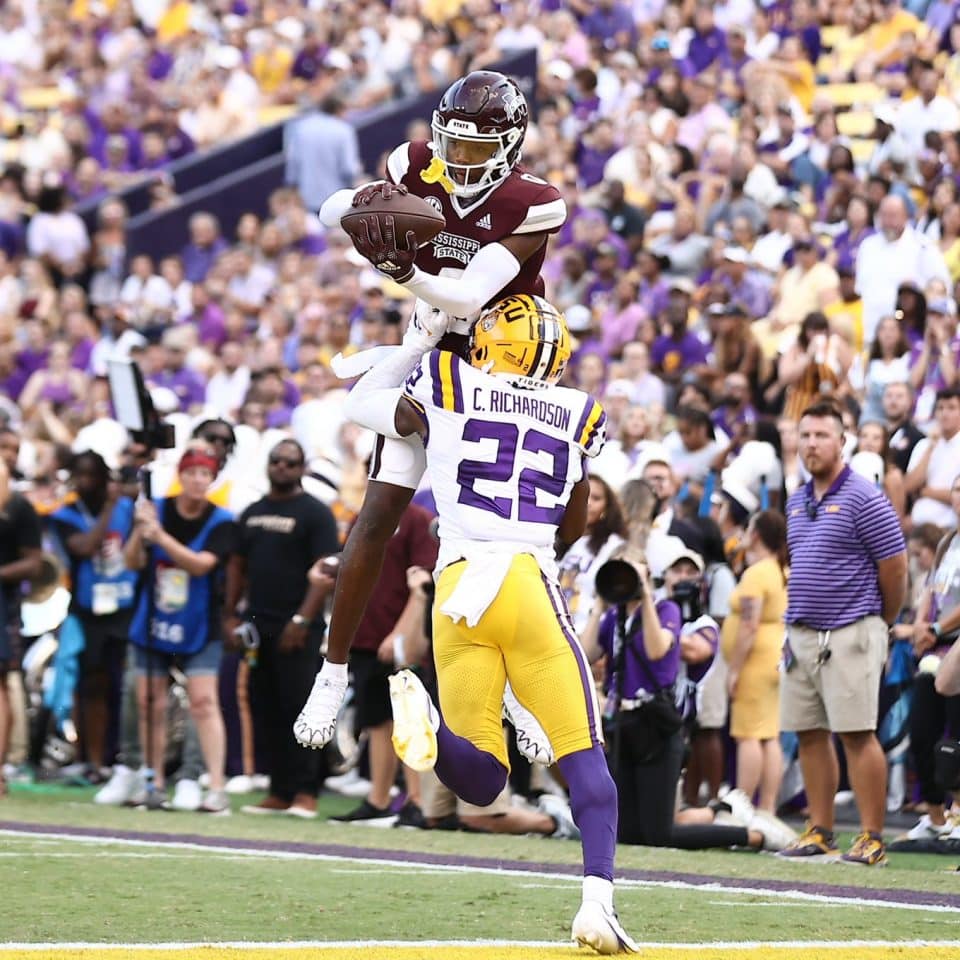 Mississippi State played a sloppy game Saturday in a place where you simply cannot do that and hope to win. Dropped passes, turnovers, and untimely penalties all added up to the Bulldogs dropping a 31-16 decision to LSU, moving State to 2-1 on the young season. Will Rogers played perhaps his worst game as a starter, completing only 57% of his passes for 214 yards, one touchdown and one interception. Rogers was sacked 4 times, as LSU frustrated the Bulldog offense into mistake after mistake.

Despite everything, MSU held a 16-10 lead in the third quarter and had forced an LSU punt, when senior return man Austin Williams inexplicably went to field a punt inside the 10. Williams couldn’t contain, and LSU recovered to give them first and goal. Three plays later, Tiger quarterback Jayden Daniels crashed into the end zone to give LSU a lead they would not relinquish. State’s lead was precarious at that point, but Williams’ error gave the Tigers the momentum they had been working towards all game.

BGSU tops Marshall for their first win of the season in front of a packed Homecoming crowd at the Doyt!#AyZiggy pic.twitter.com/P6RmHjFsyE

Mississippi State will return home next weekend for a non-conference matchup with Bowling Green. The Falcons arrive in Starkville coming off an upset win over a ranked Marshall team that beat Notre Dame a weekend ago. Kickoff is set for 11 AM in the second ever meeting between Mississippi State and Bowling Green, State took a 21-20 decision in 2013.