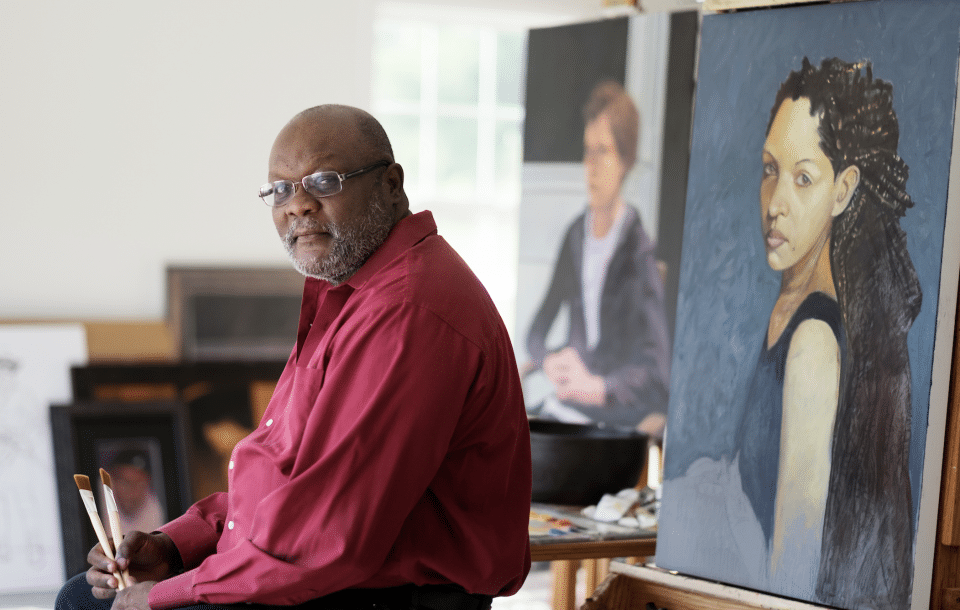 A Mississippi State professor’s art will be featured on a United States postal stamp.

Alex Bostic, a professor of art and illustrator with more than 40 years of experience, will see his original piece titled “Edmonia Lewis” on one of several new United States Postal Service (USPS) stamps being issued in 2022.

Edmonia Lewis was the first African-American and Native American sculptor to gain national prominence. She eventually gained international prominence, in large part due to her sensitively carved “Hagar.” Lewis is also well known for depicting abolitionists and patrons in her art.

“I am proud to have my art on a U.S. postage stamp. I have done stamps for other countries, but this is my first for the United States,” Bostic said. “Edmonia Lewis was a perfect subject for me because of what she went through to be an artist, particularly as an African American.”

Bostic’s stamp art is a casein-based portrait based on a photograph taken by Lewis somewhere between 1864 and 1871.

A dedication ceremony for the Edmonia Lewis Commemorative Forever stamp will be held on January 26 at the Smithsonian American Art Museum in Washington, D.C. Upon release, the stamps can be purchased at usps.com/shopstamps.

Thunder & Lightning: A Rumbling A Day Keeps The Doctor Away