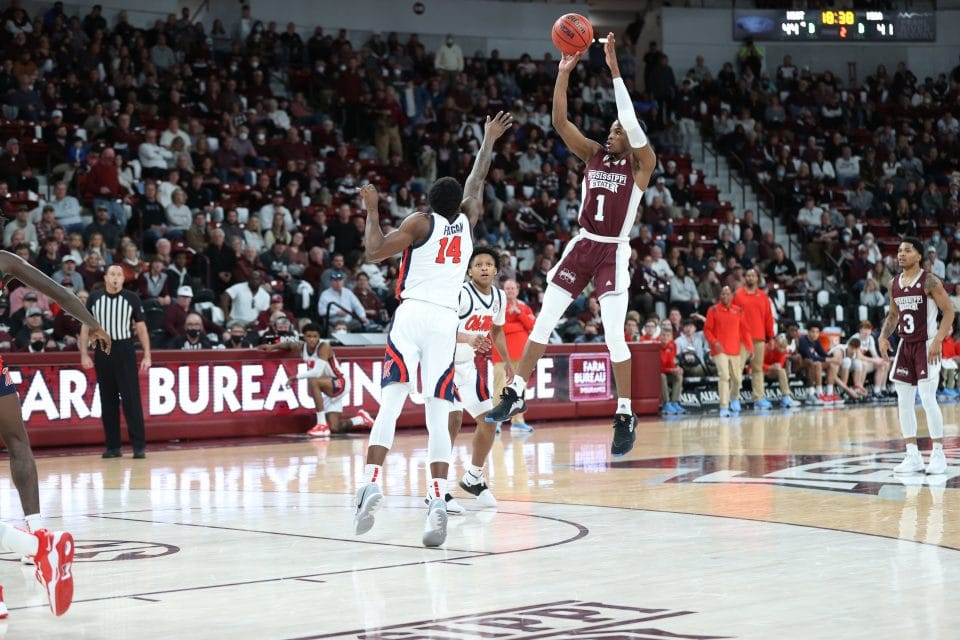 Two Saturdays ago, Ole Miss played its best game of the season when the Rebels took down Mississippi State 82-72 in Oxford. This Saturday in Starkville, it was the Bulldogs who were able to play some of their best basketball, dominating the second half at the Humphrey Coliseum to pull away with a 78-60 win over their in-state rivals.

The first 20 minutes in Starkville were a back and forth affair, with both teams trading the lead. State went on an 8-0 run to grab a 25-18 lead, Ole Miss countered with a 15-5 run of their own to go up 37-32. From there, the teams would trade buckets, with the home squad closing out the final minutes strong to go to the locker room up 42-41. Ole Miss shot a sizzling 61.5% in the first half, led again by Matthew Murrell, who had 14 points in the opening period.

Mississippi State would own the final 20 minutes, however, holding the visitors to 33% shooting and forcing 12 turnovers. Murrell’s hot hand against the Bulldogs finally went cold, as the Rebel guard was held scoreless in the second half. State would finish the game shooting 54.7%, and outrebounded the Rebels by 8. All five Bulldog starters finished in double figures, led by Iverson Molinar with 20 points. Garrison Brooks added 17 of his own, and Shakeel Moore had 10 to go with 7 assists. The Rebels cut the MSU lead to 51-49 with 13:21 to go, but a 15-0 Bulldog run put the game to bed for the home side.

Mississippi State improves on the season to 13-5, 4-2 in conference play, while Ole Miss drops to 9-9 overall, 1-5 in the SEC. State will be back in action Tuesday night against Kentucky, Ole Miss plays again on Monday in a rescheduled game against Florida.