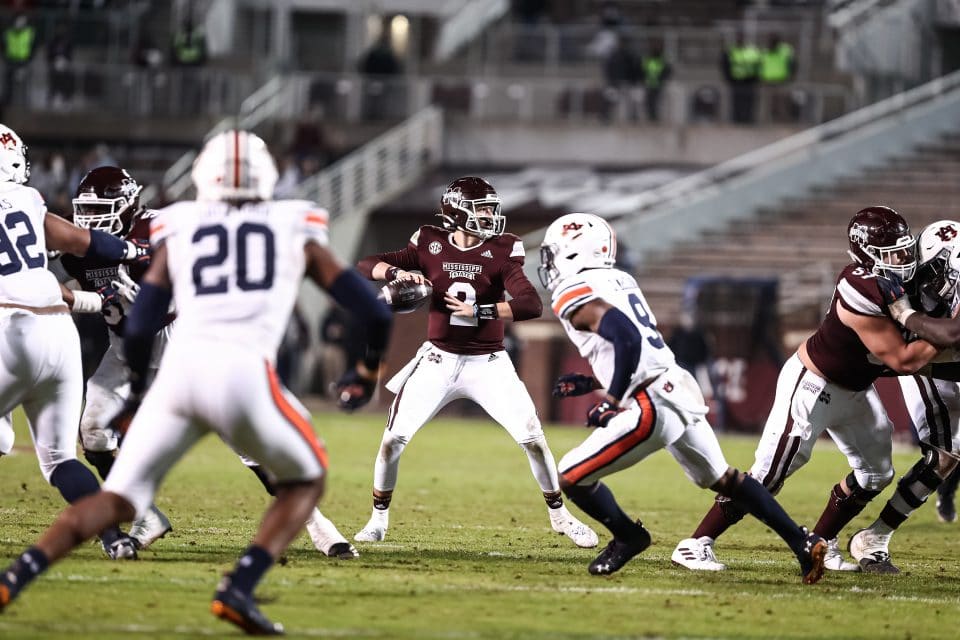 It seemed there was a buzz around Mississippi State this past week, having shown some improvement offensively in its previous two games, and taking on an Auburn that had underachieved all season long. Whatever it was, it did not last, as the Bulldogs reverted back to their poor midseason form, dropping a 24-10 contest to the Tigers that saw State only amass 240 yards of offense and turn the ball over twice.

Saturday’s game had a familiar template, as the Bulldog defense played well enough to win, simply running out of gas in the fourth quarter and allowing two touchdowns in the final 15 minutes. Offensively, it was what Bulldog fans saw throughout the five game losing streak that followed the season opener, as Will Rogers only averaged 7 yards per completion, and the running game remained non-existent. The lone bright spot was freshman receiver Jaden Walley, who became the first Bulldog freshman to record three 100 yard games in a single season, and broke the single season receiving yards record for a freshman previously held by Mardye McDole.

On top of the loss, Mississippi State took a huge blow as senior defensive tackle Marquiss Spencer was carted off the field following a head to head collision. SEC Network commentator Cole Cubelic said that Spencer showed some movement in his legs prior to being taken off the field, but no further information was available. Mississippi State falls to 2-7 on the season, they will finish the 2020 campaign next weekend at home against Missouri, set for a 2:30 PM kickoff.