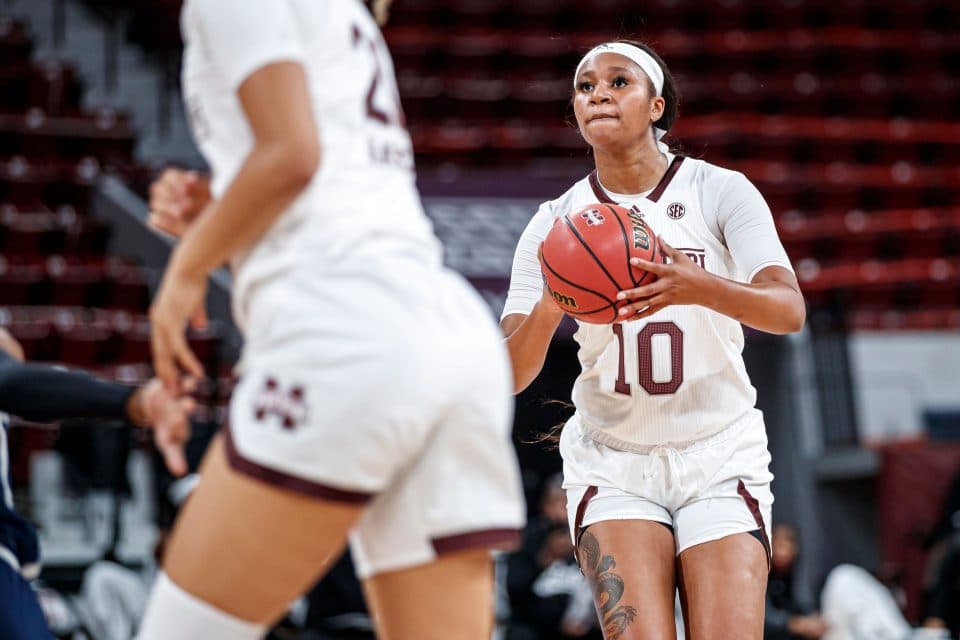 Mississippi State took a page out of the Golden State Warriors playbook, hitting from behind the arc early and often in a commanding 103-76 win over Troy at the Humphrey Coliseum Monday night. State set a school record with 18 makes from deep, smashing the former school record of 14 set in 2001.

State got going from behind the line early, with Sidney Cooks hitting three in the opening four minutes of the game. Cooks with finish with 26 points, outdone only by sophomore Rickea Jackson’s 30 points. They were joined in double figures by Aailyah Matharu with 16. All in all, five Bulldogs struck from deep, led by Cooks and Jackson hitting six apiece.

State did allow 76 points, but held Troy to 34.6% shooting from the field. State would also be outrebounded by the Trojans by a -10 margin, but with the unending supply of three pointers coming from the Bulldog offense, it simply was not an issue for Coach Nikki McCray-Penson’s team, who bounced back from their first defeat of the season, suffered last week against South Florida. The Bulldogs improve to 3-1 on the young season, and will be back in action Friday against Southern University.