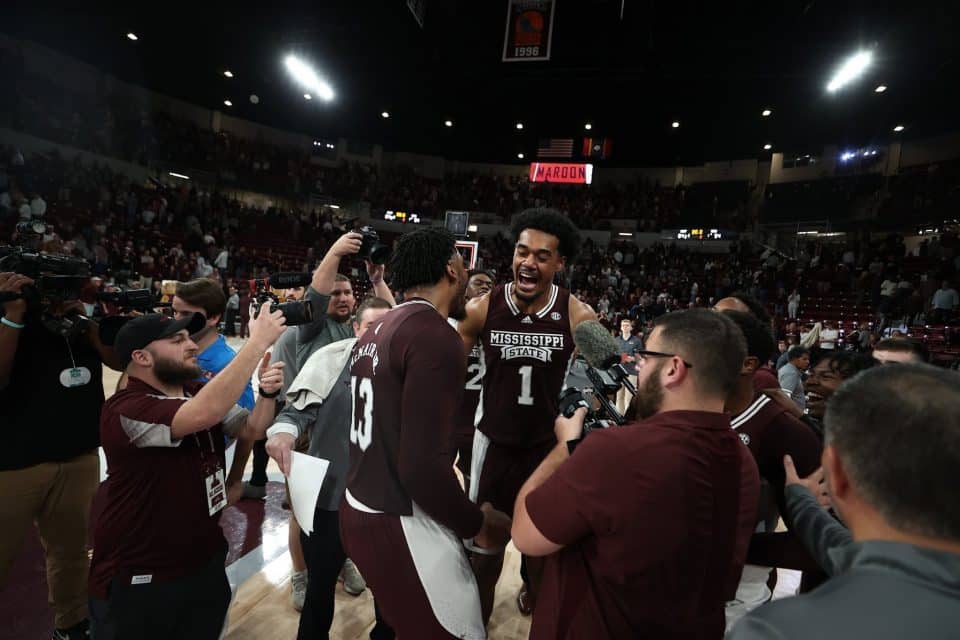 Mississippi State was down 7 points in the second half, floundering on offense and watching an Ole Miss team that couldn’t buy a bucket in the first half get off to a torrid 6-8 start in the final 20 minutes. From that moment, the Bulldogs took off and grabbed control of the game away from their bitter rivals, outscoring the Rebels 33-16 the rest of the way to take a 64-54 decision at the Humphrey Coliseum on Saturday.

State had to cope without Tolu Smith for most of the second half, as MSU’s leading scorer was in foul trouble. Enter Will McNair, who delivered 13 points and 7 rebounds, giving State the inside presence they needed to spark their comeback. Smith did finish with 12 points and 5 boards in only 15 minutes of action, as the Bulldogs were able to enjoy a 10 point advantage on points in the paint.

Will puts us back on top!

THE HUMP IS BUMPIN'!!! pic.twitter.com/BHKfor537a

As predicted, neither team lit the nets on fire, with both teams shooting under 40%. State’s free throw woes continues as well, with the Bulldogs shooting a paltry 13-26 from the stripe. Rebounds and turnovers were the difference, with the Bulldogs enjoying a +8 and +6 margin there respectively. State only turned it over 9 teams against the Rebels, who did enjoy the success defensively they have in years past against the Bulldogs.