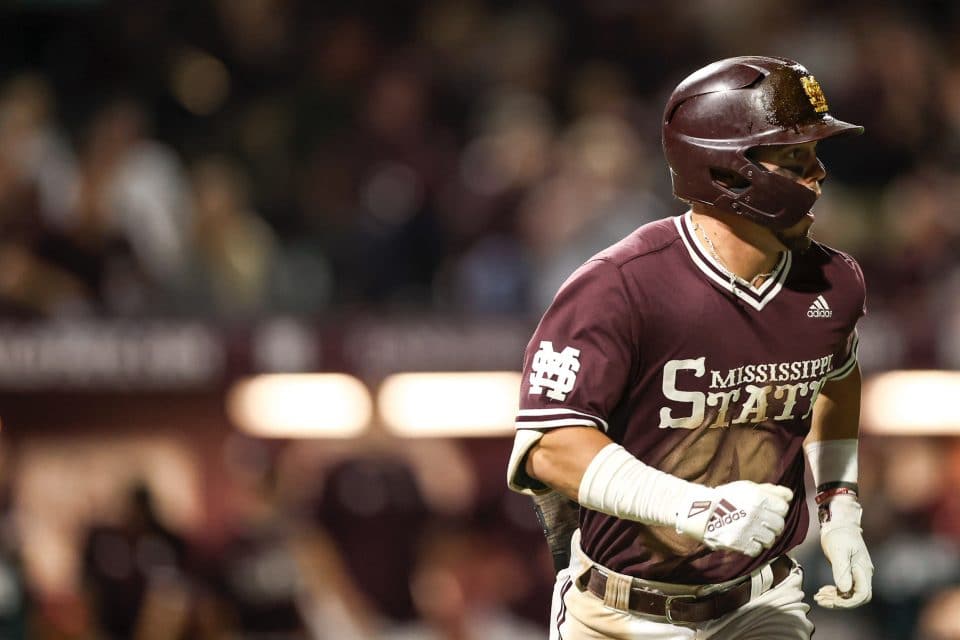 All season long, the formula for Mississippi State has been timely hitting and lockdown pitching from its bullpen. On Friday night at Dudy Noble, the tables were turned, as the Bulldog relievers gave away a 5-2 lead, leading to a 7-6 defeat at the hand’s of the conference’s worst team, Missouri.

State started off slow, with starter Will Bednar giving up two runs in the second, but the Bulldogs would claw back into the game almost immediately, scoring 4 runs in the bottom of the third. A Rowdey Jordan RBI double would extend State’s lead to 5-2, but from there, the Tigers turned it on, scoring 1 in the fifth and 3 in the sixth to grab a 6-5 lead. State would tie the ballgame up on the first pitch of the bottom of the sixth thanks to freshman Kellum Clark’s home run.

State would put two on with only one out in the bottom of the eighth, but Tanner Allen would ground out to third, and Kam James would swing and miss to end the Bulldog threat. In the ninth, back to back singles gave Missouri runners 1st and 2nd with no outs. After a bunt moved both runners up, a ground ball to third got away from James and the Tigers took a 7-6 lead. State would go 1-2-3 in the bottom of the frame to give the Tigers only their sixth SEC win of the season.

MSU will attempt to take the series tomorrow, first pitch is set for 1 PM at Dudy Noble Field. The Bulldogs have not announced the starter for Game 3, but it is likely to be either freshman Jackson Fristoe or senior Houston Harding.