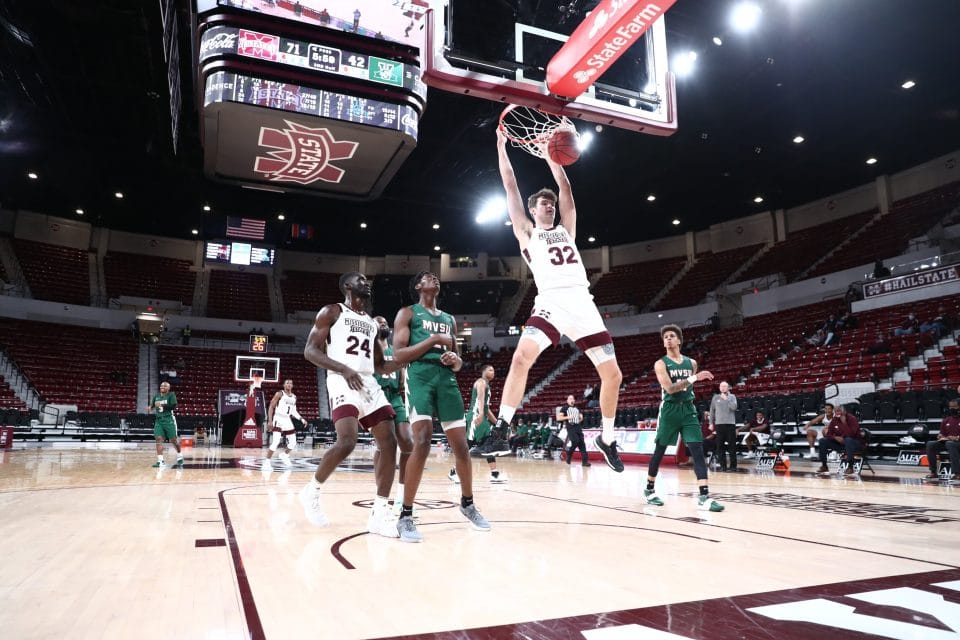 Mississippi Valley State entered Tuesday’s game with Mississippi State as the lowest rated overall team in the country by the KenPom ranking system. The Bulldogs took full advantage of their weaker in-state opponent, shooting 56% from the field and outrebounding the Delta Devils by 23 in an 87-48 win.

Wrap it in Maroon & White!

After tieing the game at 2, the Bulldogs never trailed, with the final margin providing the largest difference between the two schools in the game. State was led by Iverson Molinar with 18 points, one of five Bulldogs in double figures. Jalen Johnson scored 10 in his second consecutive start, and Tolu Smith picked up his fourth double-double of the season with 13 points and 12 rebound. DJ Stewart added 15 points, and Quentin Post tallied a career high 10 points of his own.

This is becoming an every game thing and we aren't mad about it 😄@MolinarIverson3 goes coast to coast#HailState🐶 | 📺@SECNetwork pic.twitter.com/R6XVjwAYce

Mississippi State will be off until December 30, when the Bulldogs will enter SEC play, taking on Georgia on the road. State only has one non-conference game remaining on the schedule, a SEC-Big 12 challenge game against Iowa State set for January 30 in Starkville. The Bulldogs will not play at home again until January 2, when Kentucky arrives at the Humphrey Coliseum.