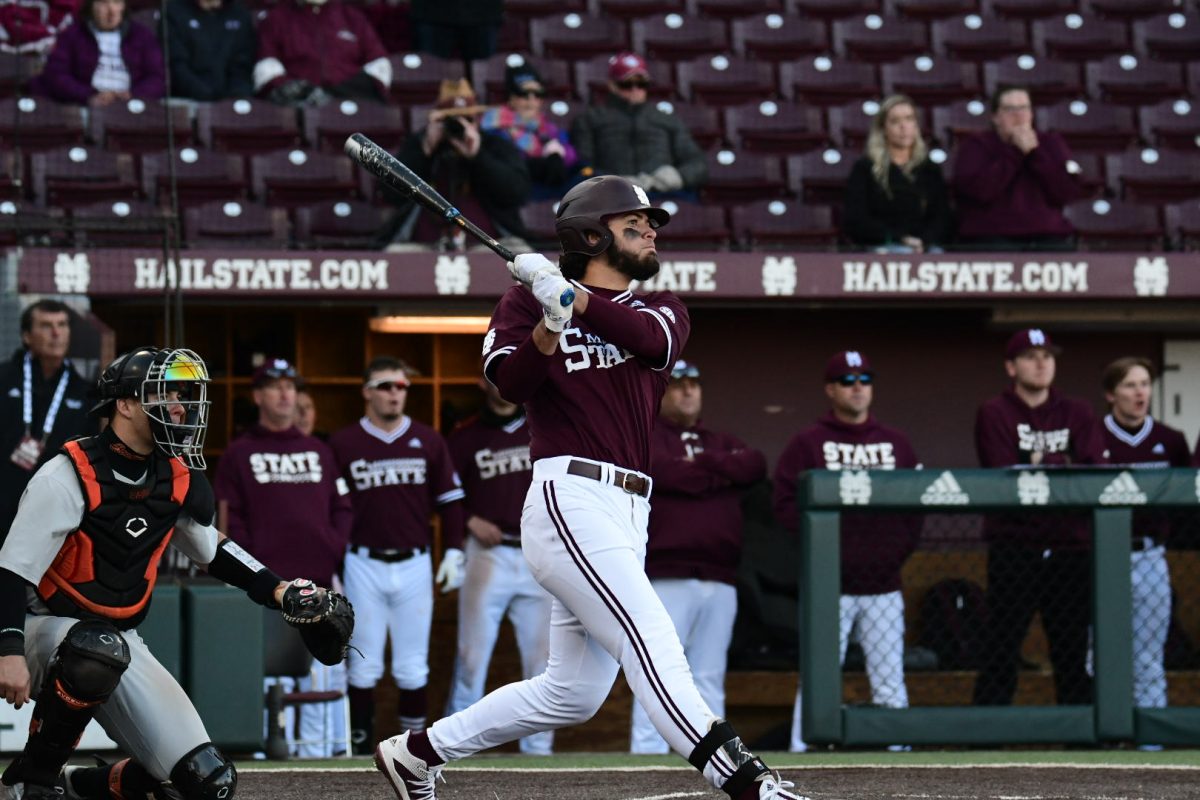 Friday at Dudy Noble, Mississippi State battled the cold and the Oregon State pitching staff, who cut down 17 Bulldogs via strikeout in the first seven innings. It was the eighth however, that belonged to the Bulldogs, as Justin Foscue’s 2 RBI single tied the game at 2, then Brandon Pimentel’s mammoth three run shot to right field gave State a lead that eventually turned into a 6-2 win over the Beavers. State could not solve OSU starter Christian Chamberlain, who shut out the Bulldogs for 5.1 IP with 12 strikeouts. State pieced together a solid pitching effort from Carlisle Koestler, in place of the injured JT Ginn, and three other relievers to limit OSU to two runs on six hits. State improves to 4-0 on the season, and are now 28-1 under Lemonis in regular season out of conference games.

Brandon Pimentel was 0-3 on the day and only hitting .133 when he came up in a tie game Friday. Justin Foscue had just delivered a single that scored Rowdey Jordan and Jordan Westburg and tied the game at 2 apiece. Pimentel didn’t wait long to be a hero, absolutely unloading on the first pitch to send it deep into the right field seats, breaking the game open at 5-2. State would tack on one more run, but it was Pimentel’s bomb that gave them the win. Pimentel’s place in the lineup as protection for Foscue is crucial to State’s success, especially with Tanner Allen still out with injury. He showed today why Coach Chris Lemonis has him in that fifth spot.

THE PRICE IS RIGHT

Spencer Price has looked like his sophomore self his first couple of appearances by the way. He could be locking in the closer role.

Spencer Price was one of the top relievers in college baseball in 2017, but two seasons of injury have never allowed him to get back to that place. In two outings this season, Price has looked like his old self, regaining that nasty slider that was so effective. State’s bullpen was such a question mark coming into the season, with only price and Riley Self as the experienced arms. Both of those guys have looked good in the early part of 2020, and could be a huge piece for the Bulldogs if they can keep that pace up.

State will go for the series win tomorrow, putting freshman Christian Macleod on the mound for his second career start. First pitch at Dudy Noble Field is scheduled for 2 PM on Saturday.