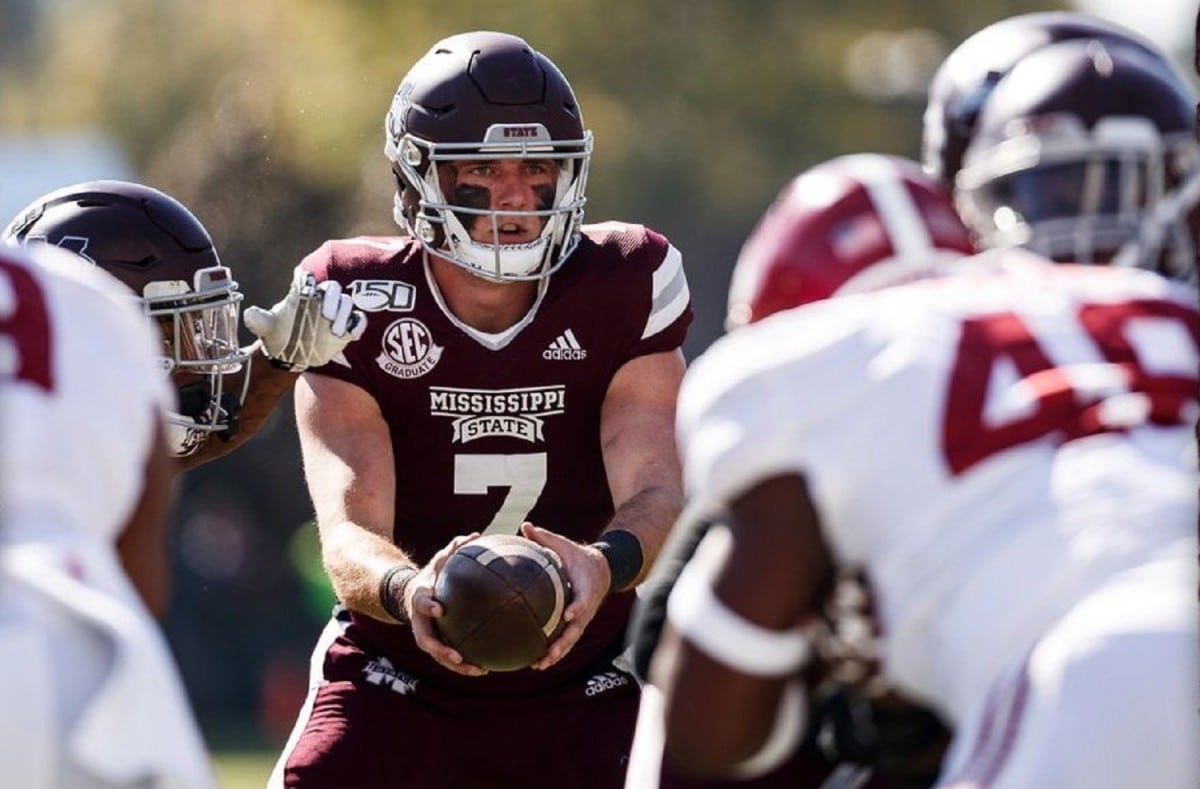 Two weeks ago, Mississippi State’s offense looked crisp and creative in a blowout win over Arkansas. Today against a far superior Alabama squad, the Bulldogs were the opposite, as the Crimson Tide limited State to 270 yards in a 38-7 blowout.

Tommy Stevens made his second straight start and rushed for 96 yards on the day, but the passing game was held to 82 yards on 12-21 completions. Defensively, State had no answer for the Crimson Tide’s elite aerial attack, giving up 350 yards and two scores.

It wasn’t all good for Nick Saban’s squad, as All-American quarterback Tua Tagovailoa went down late in the second quarter with an apparent hip injury. He did not return and was airlifted from Oktibbeha County Hospital to Birmingham for surgery.

BAD FROM THE BEGINNING

After a “mis-hit” opening kickoff set Alabama up with a short field and a quick 7-0 lead, Tommy Stevens gave the Crimson Tide the ball right back, throwing an interception on Mississippi State’s first play from scrimmage. Bama would score on the ensuing play to go up 14-0 and basically put the game to bed in the first quarter. It was just another slow start for the Bulldogs, which has been a running theme this season. Mississippi State’s offense was a huge issue today, unable to run the ball at all and going 3 of 12 on third down.

Alabama carved up the Mississippi State defense all day, with tailback Najee Harris leading the way. Harris had 139 yards total offense and four touchdowns. Jerry Jeudy chipped in 114 yards receiving, and Devonta Smith added 92 more. All of the Tide’s stars seemed to make an impact in the first half, as the Crimson Tide took a 35-7 lead into the locker room. Alabama turned off the gas in the second half, content to coast to an easy victory.

Senior Day in Abilene! Check out below for everything you need to know to follow the game this afternoon. #NextStep

Mississippi State will take on Abilene Christian next Saturday at Davis Wade Stadium, kickoff is set for 6:30 PM. The Bulldogs will need to win that game and the season finale against Ole Miss to stretch their bowl streak to 10 years in a row.