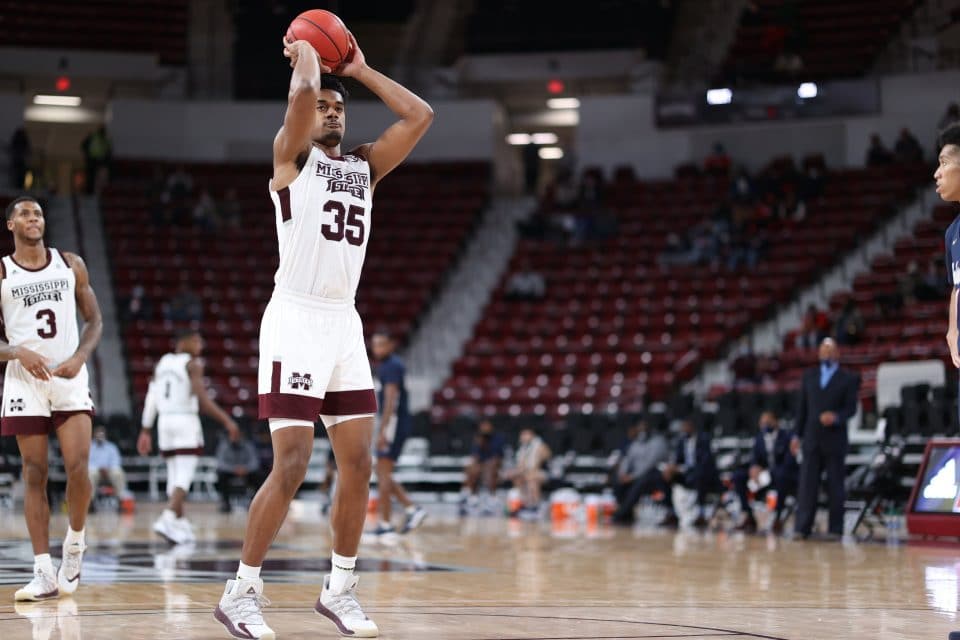 For most of the first half Tuesday night in Starkville, it would have been fair to wonder what was going on with Mississippi State’s basketball team. The Bulldogs shot a paltry 8-28 in those first 17 minutes and trailed Jackson State 27-24 with 3:26 to go. From that point on, the Bulldogs found their shooting boots, and pulled away from the Tigers to claim an 82-59 win.

Iverson Molinar provided a big spark for the second straight game, leading the Bulldogs with 21 points on the evening. Four other MSU players got into double figures, including sophomore forward Tolu Smith, who racked up 19 points and 12 rebounds for his second double double in five games. Javian Davis and DJ Stewart both chipped in 11 apiece. The Bulldogs were much crisper in the final 20 minutes, shooting 55.2%, and outrebounding the Tigers by a 50-25 margin.

State improves to 3-2 on the young season, winning each of their games since the 0-2 start in the Space Coast Challenge. The Bulldogs are back in action Saturday, where they’ll participate in the Holiday Hoopsgiving tournament, taking on the Dayton Flyers at 11 AM in the Phillips Arena. State has played Dayton twice in the last three years, winning both home and away. The Flyers are currently 2-1 on the season.