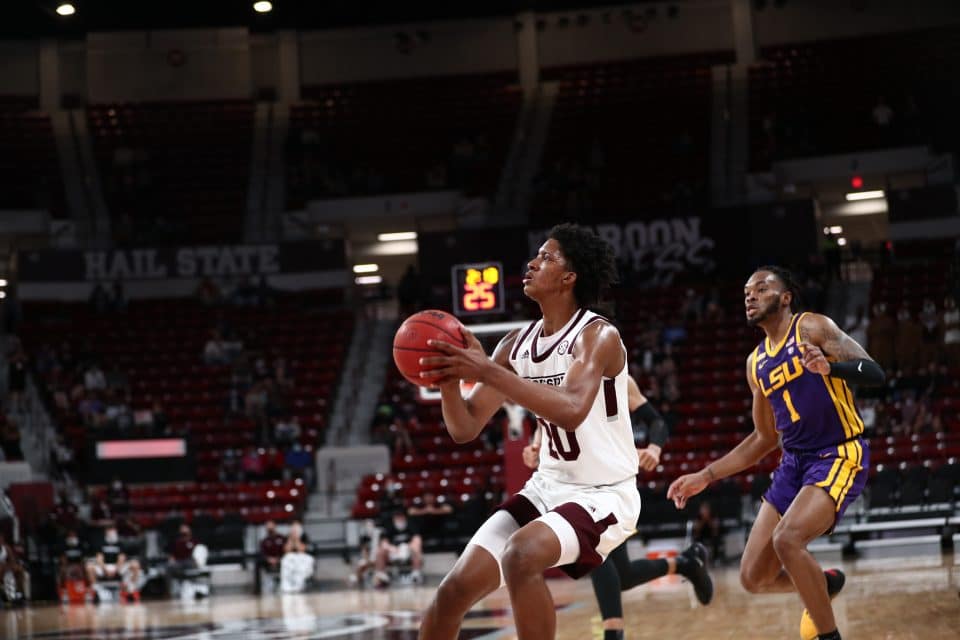 Even in defeat, Mississippi State had played solid defense in recent weeks, but the Bulldogs looked like a team with no idea how to guard on Wednesday night at the Humphrey Coliseum. LSU shot a scorching 61.3% from the field, taking a 94-80 win over the Bulldogs. State could do nothing to stop the Tigers, giving up a season high in points on a night where shots finally started to fall for them.

State started out matching the Tigers shot for shot, led by freshman Derek Fountain off the bench. The Bulldogs were down 2 at the break, but LSU simply refused to miss in the second half. The Tigers shot 21-32 in the final twenty minutes, cutting the Bulldog man to man defense apart. Tolu Smith led the Bulldogs with 24 points and 11 points, his sixth double double of the season. Fountain added 20, a career high for the freshman from Holly Springs. Iverson Molinar had 16, Deivon Smith 10, DJ Stewart only had 5 points on 2-8 shooting after getting 29 on Saturday against South Carolina.

State falls to 11-10 on the year, having now lost 5 of their last 7 games. The Bulldogs will return to action on Saturday, with a noon tipoff against Vanderbilt. MSU defeated the Commodores 84-81 in Nashville earlier this season.