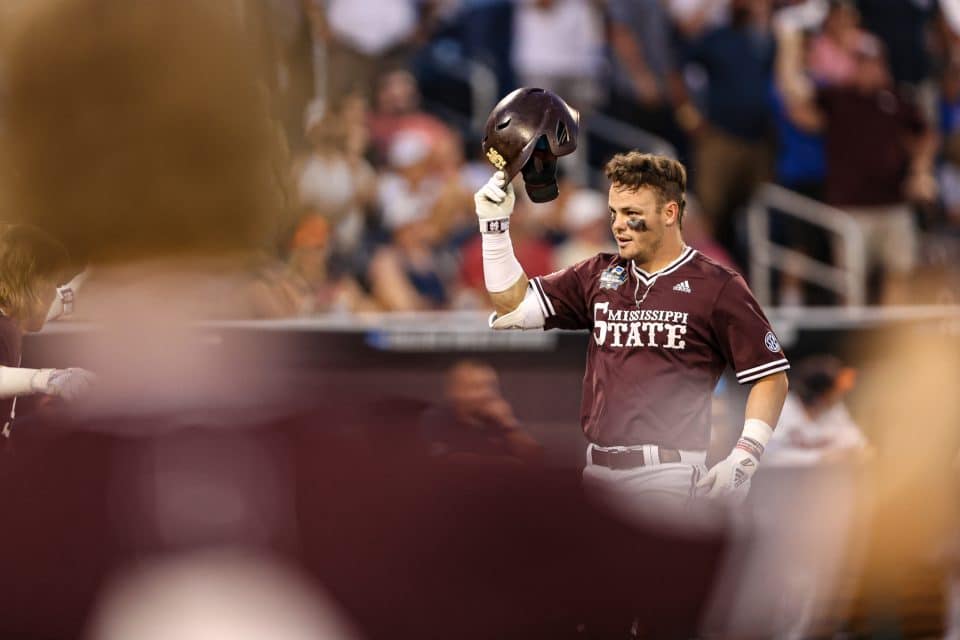 For 7 innings in Omaha on Tuesday night, Mississippi State was suffering through possibly its most embarrassing postseason game ever. The Bulldogs were down 4-0 and being no-hit by Virginia’s Griff McGarry. State simply could not get anything going at the plate, and looked like they would head into the loser’s bracket and have to grind their way to three wins in order to play for a national championship.

Big hit from the kid 💣 pic.twitter.com/uisXOmSGOW

Mississippi State flipped the game on its head, turning a 4-0 deficit to a 5-4 lead, which would end up as a 6-5 win for the Bulldogs, putting them into Friday’s bracket final, and needing only one more win to play in the national championship series. State overcame an awful start from Christian MacLeod, who left the game in the second inning, and had to go through another six relievers before finally bringing in Landon Sims to get the final four outs and the victory.

MSU will now get two days off and takes on the winner of Thursday’s game between Virginia and Texas. State needs only one win to advance to next week’s final series. There has been no official announcement but the Bulldogs are expected to start lefthander Houston Harding regardless of the opponent.

During Mississippi visit, First Lady encourages all to get vaccinated

Thunder & Lightning: Mississippi State’s Historic Comeback Has Them Poised to Play for a Title