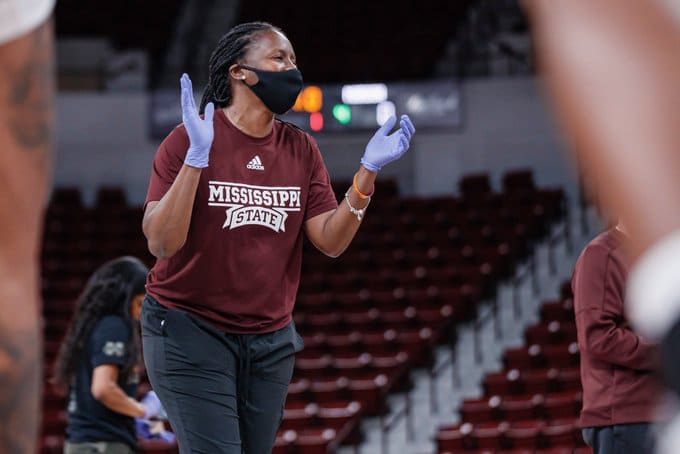 Mississippi State women’s basketball was hopeful for a big turnaround after year one of the Nikki McCray-Penson Era did not go according to plan. It appears there will be no year two, as the Bulldog head coach announced on Tuesday that she would be resigning her position due to immediate health concerns.

Mississippi State University Women’s Basketball Coach Nikki McCray-Penson has stepped down from her position, effective immediately, to focus on her health.https://t.co/5iHAjmGqEo

McCray-Penson said in her statement “Over the past several weeks, I have been faced again with health concerns I had hoped were behind me. In light of these developments, I have decided to step away from coaching in order to devote my full time and energy to addressing those issues. Although I look forward to returning to coaching when I am able, I believe this is the best decision for me and my family at this time. I appreciate the support MSU has shown me, and I will be pulling for the team’s success this season.”

Bulldog athletic director John Cohen also issued a statement, saying “”We appreciate the time and effort Coach McCray-Penson invested in our program and respect her decision to focus on her health and family. Throughout her time as a player and as a coach, Nikki has shown herself to be a competitor, and we fully support her as she takes some time away from the game to address her health concerns.”

Mississippi State announced that assistant coach Doug Novak will take over the program on an interim basis, and will conduct a national search for a replacement. It seems likely that search will not conclude until after the season. The Bulldogs went 10-9 in McCray-Penson’s one season as head coach, missing the NCAA Tournament for the first time in five completed seasons, not counting the canceled 2020 tournament.

Voter integrity focus of Secretary of State in 2022 Legislative Session