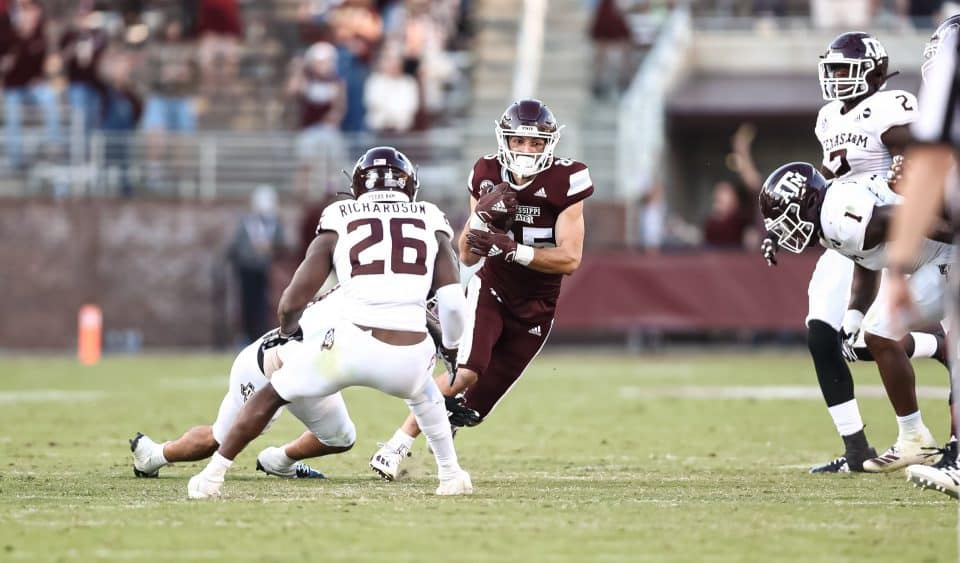 Mississippi State wide receiver Austin Williams has been named the SEC Football Scholar-Athlete of the Year.

Williams, a sixth-year player out of Ocean Springs, is a two-time first-team Academic All-American and has posted a 4.0 cumulative GPA during his time in Starkville.

He was previously selected as a member of the 2022 NFF National Scholar-Athlete Class and is a finalist for the William V. Campbell Trophy, considered college football’s premier scholar-athlete award.

Williams, who obtained undergraduate degrees in finance and is pursuing a master’s degree in business administration, has a career total of 1,514 receiving yards and 17 touchdowns. His 2.0 percent drop rate since 2019 is the second lowest of any active SEC wide receiver.

Williams is the first Mississippi State player to earn SEC Football Scholar-Athlete of the Year since the award’s inception in 2003.