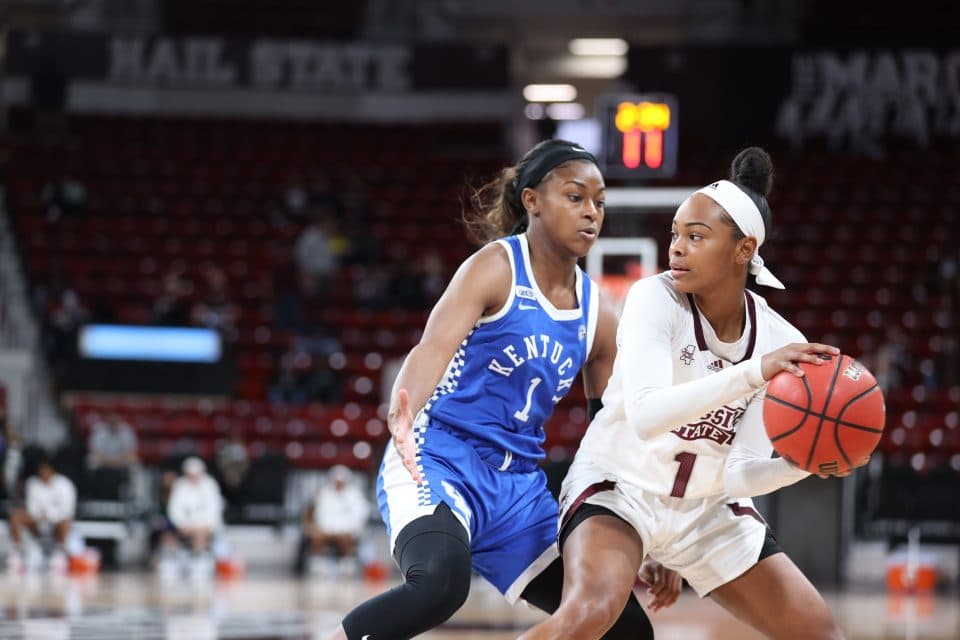 For Mississippi State fans, it must have like deja vu. Less than 24 hours after the Bulldog men lost a two overtime decision to Kentucky, the women did the same, falling 92-86 to the Wildcats in a back and forth battle between two top 15 teams.

In a game that had 14 lead changes, Mississippi State and Kentucky saw both of their star players shine. Rickea Jackson led the Bulldogs with 23 points, while Kentucky’s Rhyne Howard, the reigning SEC player of the year, went for 33 points to go with 10 rebounds. Three other Bulldogs were in double figures, Aaliyah Matharu with 19, JaMya Mingo-Young with 12, and Jessika Carter, who racked up a double double of her own with 14 points and 13 boards. It was Carter who sent the game into overtime with a short jumper and free throw in the closing seconds.

Jessika Carter draws the foul and completes the three-point play to put the game at 78 all!#HailState🐶 | @jessikaaacarter pic.twitter.com/81gvroHGt3

State pushed out to a four point lead to start the extra period, but a sequence that included Howard making back to back shots, then collecting a rebound on a missed free throw to score and get back to the line herself flipped that to a 3 point Kentucky lead. The Bulldogs would get back within 1 but no closer, as the Wildcats closed the game out at the line.

State falls to 6-2, 1-1 in SEC play for the season. They’ll be back in action Thursday night against Florida in Gainesville, tipoff is set for 5 PM central time.

Thunder & Lightning: Mississippi State Basketball Has to Start Back Over