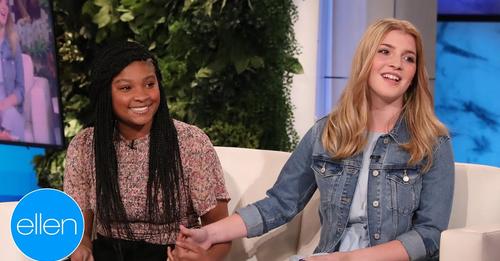 When Nyla Covington was crowned homecoming queen at Forrest County Agricultural High, she chose to give the crown to another student.

Brittany Walters had lost her mother to cancer earlier that day, and Covington says at that moment, she was moved to give her crown away. The story of these two friends went viral, and they were invited to appear on The Ellen Show on November 3 to share their story.

After their segment, Ellen presented them both with checks for $10,000, and they each received another $5,000 to pass on to their favorite charity.