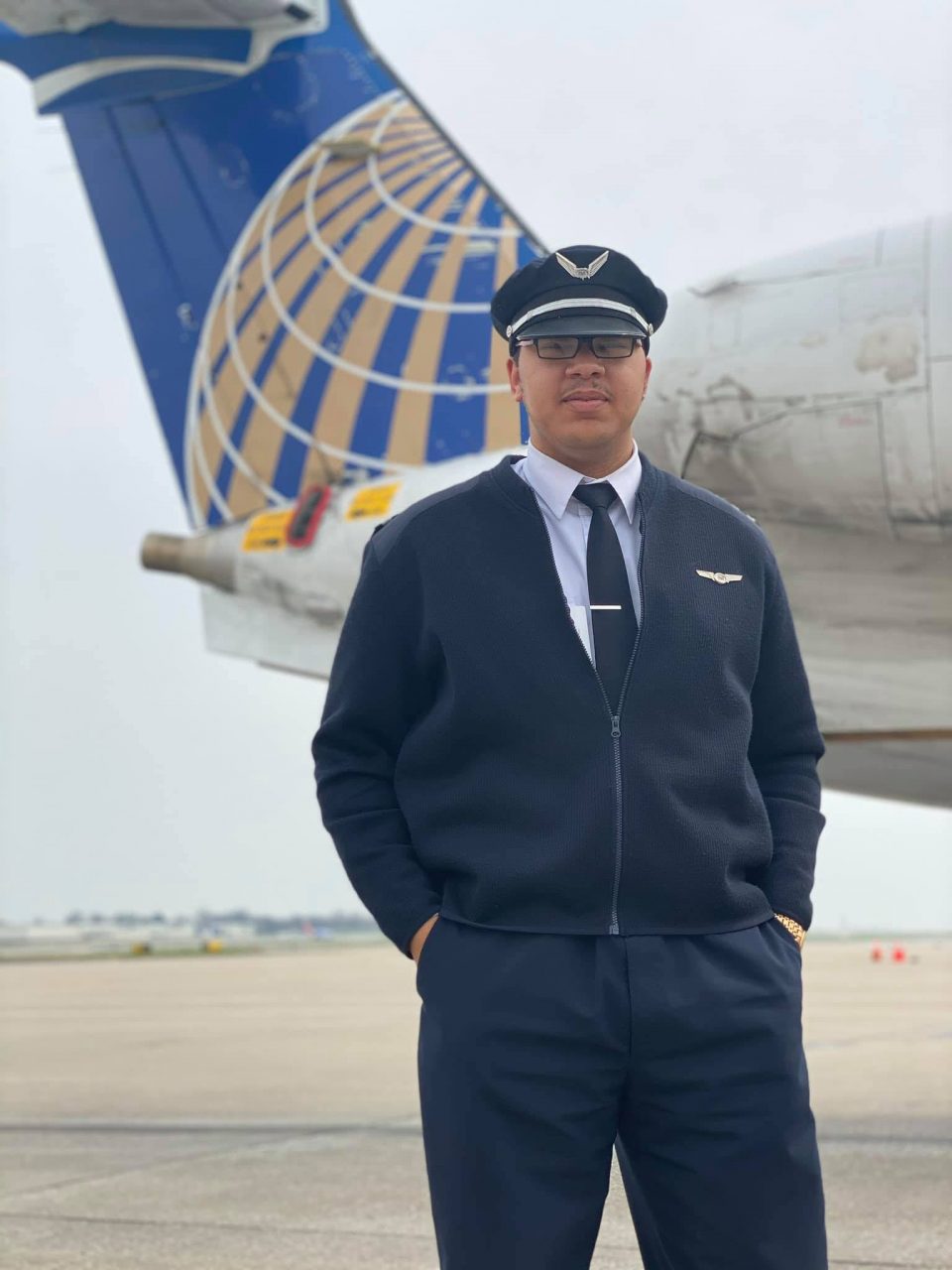 Sinegal, who graduated from Delta State University this past May with a degree in commercial aviation, has had his eye on becoming a pilot since the early age of three.

“I think the first time that I ever wanted to be a pilot was when my godmother used to come and get me in Gulfport, Mississippi and take me to Atlanta since she worked for Delta Airlines,” the 23-year-old recounted. “Going around and seeing all of the different airplanes, being told by multiple pilots out there…that I can do this too, that was probably the first experience, and I had been around 3 years old when she started taking me out there.”

What makes the record-breaking achievement so impressive is that not only is the Boeing 777 the world’s largest and most technologically advanced twin-engine jet, but the fact that most pilots don’t achieve the 777-rated status until much later in their careers.

“It is an extraordinary achievement,” DSU Interim Director of Flight Operations Joseph Saia said. “It takes quite a few years to become a triple seven rated pilot. Most people do not even get that recognition until their late forties or early fifties.”

When asked what advice he would give to those thinking about going into the aviation, Sinegal explained that this is, surprisingly enough, a great time to chase that dream—even amid the coronavirus pandemic.

“Right now, I know a lot of people are talking about ‘don’t go into aviation, because look at everybody losing their jobs.’ Actually, right now, to me, is the perfect time to get into aviation,” Sinegal explained. “Number one, by the time you’ve finished all of your writings, I think the airlines will be hiring. And number two, it’ll show the airlines how hard you’re working and what you did while everybody was losing their jobs. That’s what’s going to make you special.”

There’s no current timetable on when the industry will return to prior-pandemic form, nevertheless, Sinegal is excited to get back in the cockpit.

“I’m so happy and blessed to be able to call myself one of those pilots.”

To listen to the full interview with Sinegal, check out the video below.

Gunn: Lawmakers “not in favor” of mobile sports betting