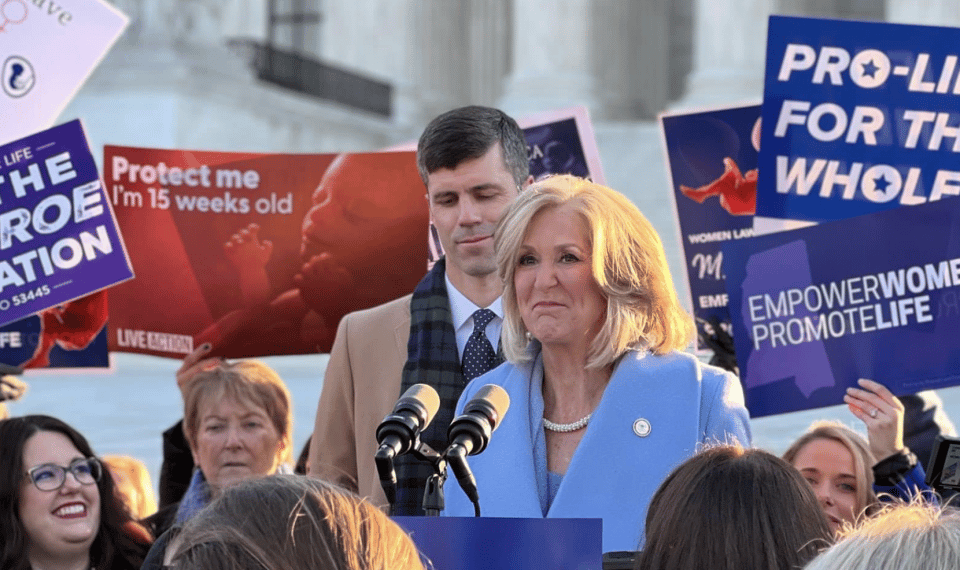 “The Constitution does not confer a right to abortion; Roe and Casey are overruled; and the authority to regulate abortion is returned to the people and their elected representatives,” the ruling read.

Now, states across the nation have the right to enact their own legislation, with 23 states and territories immediately banning abortion.

“With sorrow—for this Court, but more, for the many millions of American women who have today lost a fundamental constitutional protection—we dissent,” the dissenting vote read.

Trigger laws to ban abortion are also active in 13 states, including Mississippi. In 2007, the state approved a trigger law that would make abortion illegal across Mississippi excluding cases where the mother’s life is in danger or caused by a formally charged case of rape.

Attorney General Lynn Fitch, who led the charge to overturn Roe, applauded the Justices on their decision.

“Today marks a new era in American history — and a great day for the American people,” Fitch said. “Roe v Wade is now behind us, consigned to the list of infamous cases that collapsed under the weight of their errors. This decision is a victory not only for women and children, but for the Court itself. I commend the Court for restoring constitutional principle and returning this important issue to the American people.”

More than a handful of other Mississippi elected officials have already responded to the landmark decision:

This is a joyous day!

“The Court’s decision today returns the right to protect the unborn to the states.  Mississippi is a leader on this critical issue, with a law already in place which will prohibit abortion. I am pro-life. I am also pro-child.  In addition to protecting the unborn, we must also focus on other ways to support women, children, and families.”

This is a momentous day for our nation, and Mississippi led the charge. This decision is an answered prayer, marking the beginning of the next chapter in our fight to protect the unborn.

#RoeVsWade has been a terrible stain on our nation for too long. I’m grateful to God for His divine guidance in the Supreme Court’s decision on #Dobbs, and I’m so proud that MS has had a leading role in this case.

Prayers have been answered. The right to life just won a historic victory with Roe being overturned. I was honored to be part of this case by submitting an amicus brief (link below) to the Court laying out the legal precedent for Roe to be overturned. https://t.co/atS2WCe6uU

“This landmark decision made by the Supreme Court is a win for every child that has been cruelly aborted and every child who has yet to be born in this country. It’s also a win for every state. Roe v. Wade was never a decision to be made on a federal level and should rightfully go back to the states.”

The day so many prayed for is here. HB1510 is law and Roe v. Wade is no more. With love for children and the women who bear them, we move forward to secure strong and lasting legal protections and cultural support for life, and a vibrant network of abortion alternatives. 1/3

Thanking God today for the ruling in the Dobbs case.

Thanks to President Trump and his appointees to the Supreme Court, untold unborn children will be saved.

Rina and I are praising God for this victory.

“Our constitution states clearly that all people, no matter how small, are created equal. It celebrates the fact that in America we are guaranteed a right to life, liberty and the pursuit of happiness. A half-century after the devastating Roe v. Wade decision, the Supreme Court has restored the strength of these convictions and re-established our country’s calling to protect these certain and unalienable rights. I thank the citizens of Mississippi, our legislature, and our leaders for being bold enough to push our nation toward this life-affirming decision.”

Thank you SCOTUS for standing up for millions of babies and giving them a chance at life!

June 24, 2022: By God’s grace, Mississippi’s pro-life law literally changed history! “Held: The Constitution does not confer a right to abortion; Roe and Casey are overruled; and the authority to regulate abortion is returned to the people and their elected representatives.” pic.twitter.com/kgCiMTWbrq

Gas station in Forest offering gas at $2.38 per gallon on Tuesday

WATCH: Palazzo and Ezell debate ahead of June 28 runoff