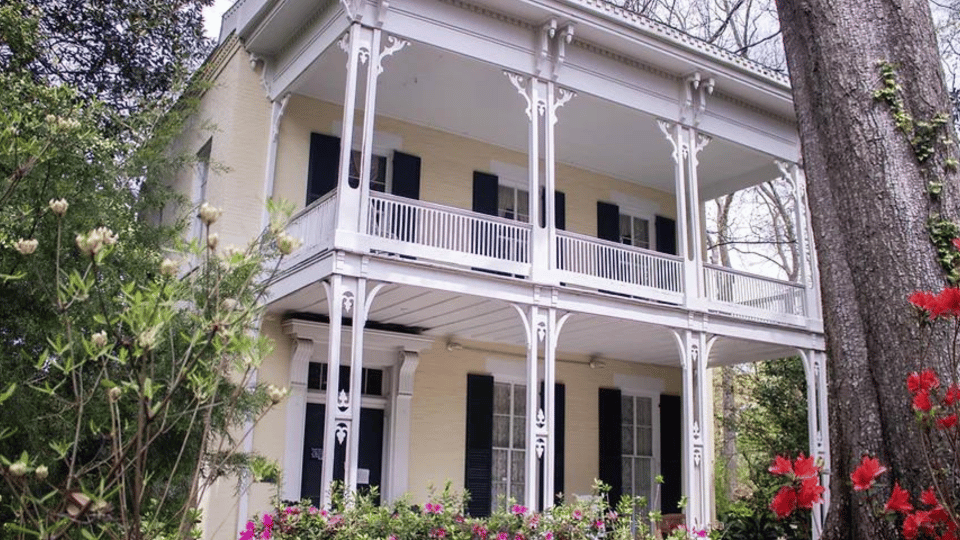 Photo courtesy of the McRaven House/website.

The McRaven House in Vicksburg has served many purposes since the first part of the house was constructed in the late 1700s, including a hideaway for highway robbers, a children’s home, and a field clinic.

Now, the home is known as Mississippi’s “most haunted house” as the residence is said to have frequent paranormal encounters due to the countless deaths that occurred throughout its existence.

Andrew Glass, a highwayman and the original owner of the McRaven House, was the first person to pass away within the walls of the two-story home. According to Michael Walker, a tour guide at the McRaven House, Glass was murdered by his wife in his bed after receiving an injury during a highway robbery.

The third owner of the house, which was John H. Bobb, is also said to have died on the house’s premises in the 1860s after being shot by Union soldiers in the chest and face.

“John would be the first civilian casualty during the siege, and the siege of Vicksburg was already a horrific time for the soldiers who still walk the grounds,” Walker said on Good Things with Rebecca Turner.

Since then, at least three additional occupants are believed to have died in the house, while countless others have been reported to have passed on the property’s grounds.

Walker explained that visitors might experience paranormal occurrences from many named and unnamed ghosts that wander around the house and yard.

“They all have their own distinct personalities and things they do,” Walker stated. “We also have a slew of soldiers because the house was a field hospital during the siege and it still today is a cemetery for them.”

Currently, the McRaven House is holding several special Candlelight Tours throughout the end of October, just in time for Halloween.

The tours, which will be held on October 28-30, will feature a guided walk around the candlelit house and a historical account of the house’s past.

“We dress up like the former residents of the house and we try to get ghost stories from their point of view,” Walker explained.

Other tours including a historical, haunted, combination, or Ghost Hunt tour are also offered year-round at the McRaven House. To find out more about Mississippi’s most notorious haunted house or to purchase tickets for a tour, click here.