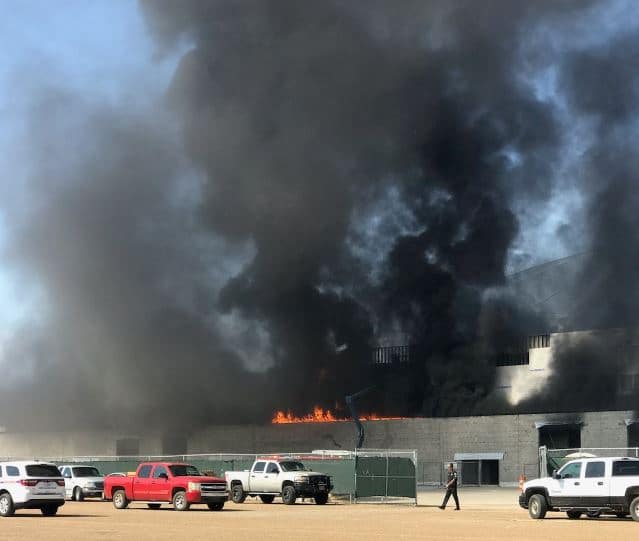 A fire broke out at the new Trade Mart building at the Mississippi Fairgrounds in Jackson this morning.

Steve Hutton, Executive Director of the Mississippi State Fair Commission, says workers cutting metal started the blaze. There are no injuries and damage is mostly confined to the insulation.

The new Trade Mart has been under construction, so there is only concrete, metal, and insulation on the premises. Jackson firefighters are credited with getting the fire under control. No other buildings were damaged.

“I’m on the Gulf Coast, but been in contact with our team about the insulation fire caused by welding at the new Trade Mart under construction. Thankfully no one is injured and the fire was contained. This will not affect any of the activities on the Fairgrounds. ‬Thanks for your prayers and concern, and thanks so much to our first responders!”