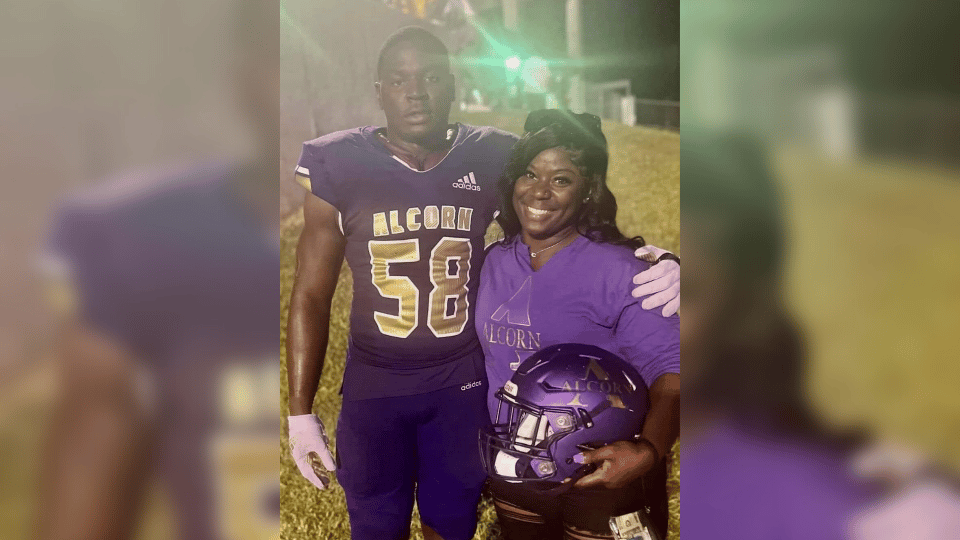 Members of the Alcorn State community are mourning after the mother and sister of football player Tyler Smith were killed in a car crash following the team’s game on Saturday.

The Mississippi Highway Patrol responded to a wreck on Highway 61 near Valley Park in Issaquena County around 11:50 p.m. Upon arriving, Kamille H. Smith, 43, and Kristen A. Lucas, 16, were two of four people pronounced dead on the scene.

Braves Family, tonight we mourn sincerely the recent loss of family members of one of our very own – Tyler Smith of @AlcornStateFB. We ask that you please keep Tyler & his family in your prayers at this time, and respect the privacy of the family.

Smith, a Cleveland native and Arkansas-Pine Bluff transfer, is a starter on the defensive line for Alcorn State. While the Braves have a bye this week, it is unclear whether Smith will play against Mississippi Valley State on October 8.

Funeral announcements have not yet been announced.