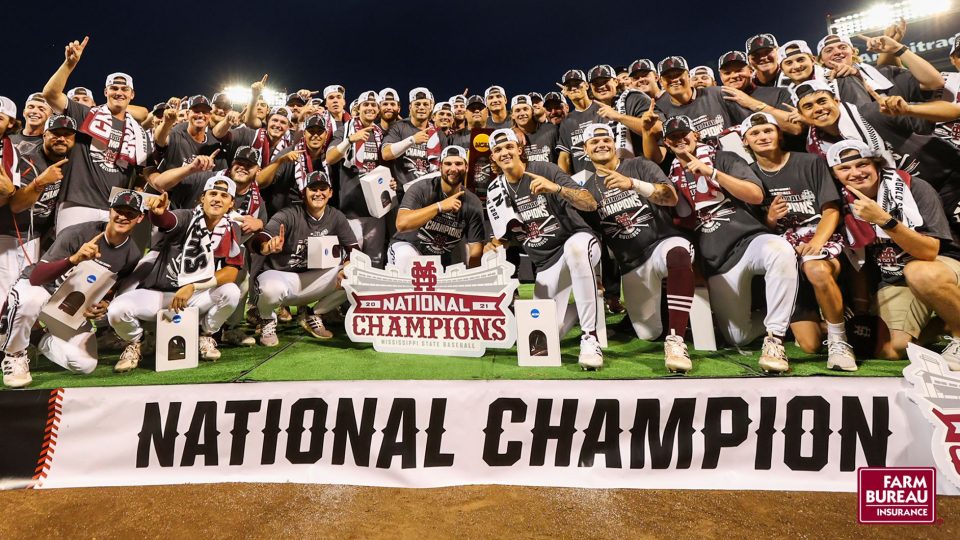 “I have been a Bulldog my entire life, and I couldn’t be more proud of Bulldog baseball and the entire Mississippi State University family,” Representative Rob Roberson, who authored the resolution commending the team, said. “This all started under Coach Ron Polk and culminated under Coach Chris Lemonis during the historic 2021 season. The young team that brought this national championship home to Mississippi deserves all the credit. They define what tough and fearless look like.”

HCR 8 will now head over to the Mississippi Senate, where it’s expected to pass.

The team was also recognized by Congress back in July when Senators Roger Wicker and Cindy Hyde-Smith, along with Representative Michael Guest, introduced S.Res. 307 and H.Res. 528.

After falling to the Commodores in Game 1, Mississippi State exploded for 13 runs on 14 hits and defeated Vandy 13-2 in Game 2. In a winner-take-all Game 3, Will Bednar and Landon Sims provided a nearly perfect 1-2 punch, the bats stayed hot, and the Bulldogs won 9-0 — walking away with a long-awaited trophy.