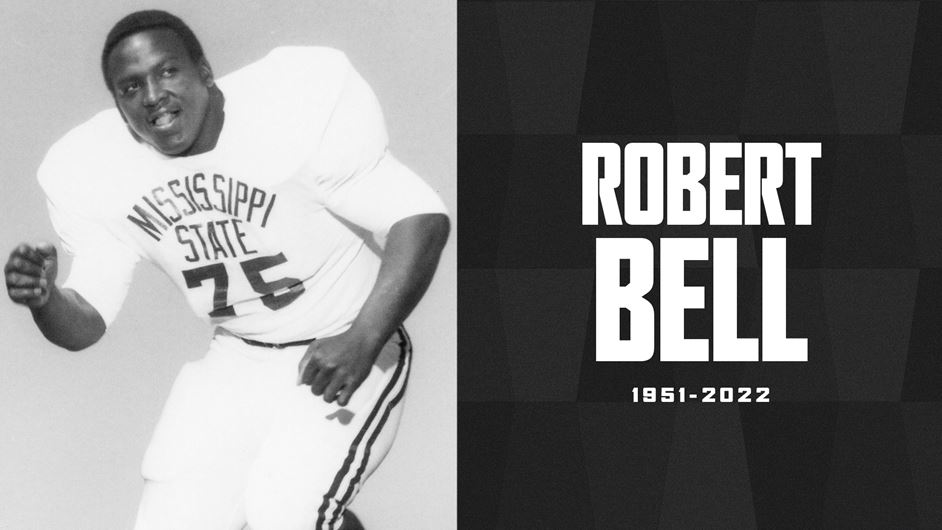 Frank Dowsing Jr. and Bell were the first African American student-athletes on MSU’s football team in 1970.

Bell was instrumental in breaking the color barrier in football as he aided the team to their first winning season in seven years while playing on the defensive line.

His impact on the campus has been felt for decades with the Mississippi State community feeling the effects of Bell’s passing.

“The Mississippi State University family is deeply saddened at the passing of the great Bulldog football defender Robert Bell,” said MSU President Mark E. Keenum. “Robert played a pivotal role in bringing change to our state and our university through his courage, character, and zeal to compete.”

To honor the service and dedication Bell brought to his alma mater, Mississippi State recognized the importance of the former football player through the construction of the Dowsing-Bell Plaza on the north end of Davis Wade Stadium in 2017.

One year later, the Dowsing-Bell Award was created by MSU’s M-Club Alumni Association, which is presented to a male each year who excels in academics, athletics, and service to their community.

Mississippi equal pay law now one step away from implementation