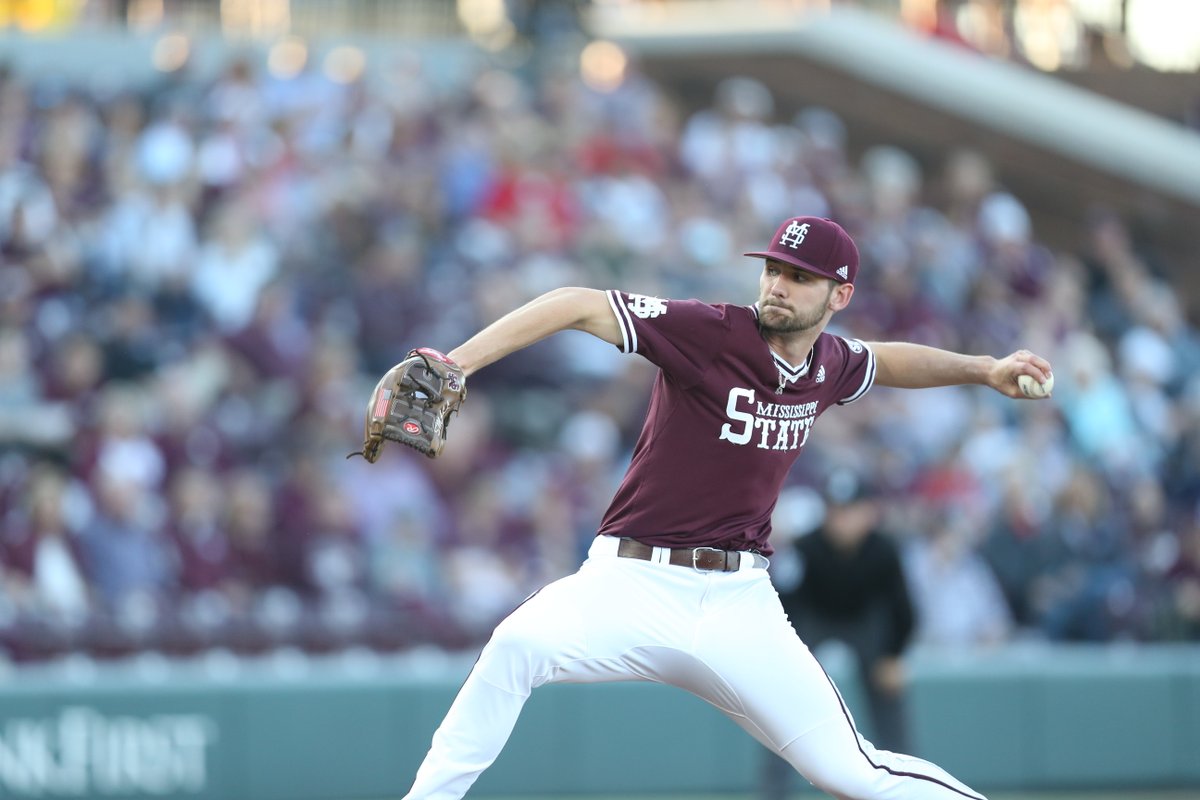 Bulldog ace Ethan Small was named the College Baseball Foundation’s National Pitcher of the Year, and JT Ginn was named National Freshman of the Year by Perfect Game.

As the lead starter for the Omaha-bound Bulldogs, Small has been lights out this season posting a 10-2 record with a 1.76 ERA. The left-hander hasn’t allowed more than three runs in a single start this season, and he has only walked 18 batters while raking up the 2nd most strikeouts in MSU single-season history (168).

Small was selected by the Milwaukee Brewers with the 28th overall pick in last week’s MLB Draft after limiting opposing hitters to a .131 average in his junior season at Mississippi State.

He’ll get the start when Mississippi State takes on Auburn on Sunday at 6:30.

As for JT Ginn, he becomes the first Bulldog to earn the highest rookie honor from a national publication after opting to honor his commitment with Mississippi State despite becoming a 1st-round selection of the LA Dodgers in 2018.

With an 8-4 record and a 3.38 ERA, the Brandon native has lived up the hype during his freshman campaign. He has also limited opponents to just 30 earned runs and is holding hitters to a .223 batting average in over 80 innings of work.

Last week, he was named Co-National Freshman Pitcher of the Year from Collegiate Baseball Newspaper.

Ginn hasn’t pitched since leaving the mound with shoulder discomfort during his regional start against Southern, but head coach Chris Lemonis recently said that he would’ve been available if their super regional matchup with Stanford went to a decisive game three.

Mississippi judge nominated to serve on U.S. Court of Appeals