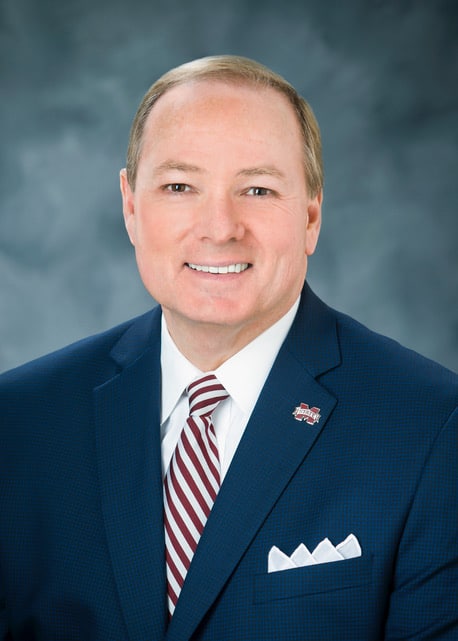 The Mississippi Board of Trustees of Institutions of Higher Learning has renewed the contract of MSU President Mark E. Keenum for a four-year term ending June 30, 2025, at his present compensation. Keenum is now in his 13th year of distinguished and impactful service to the university.

As part of that contract renewal, the IHL Board also authorized the private Mississippi State University Foundation—at its discretion—to structure and invest in a retention plan for Keenum of up to a maximum of $800,000 at the end of the contract period.

IHL Board President Dr. Walt Starr said: “While Dr. Keenum did not seek a pay increase or other compensation, the Board sees the wisdom in taking steps to invest in retaining the effective and visionary leadership that Dr. Keenum has brought to MSU. It is prudent on their part to incentivize stability and continuity in leadership as the institution moves forward. The plan relies on private dollars and requires no additional taxpayer funds.”

Keenum thanked the IHL Board: “I am incredibly humbled and grateful to the Mississippi Board of Trustees of Institutions of Higher Learning and Mississippi Commissioner of Higher Education Alfred Rankins Jr. for the confidence expressed in me and our outstanding leadership team.

“This decision by the trustees is most assuredly a reflection of the entire MSU leadership team and all of the wonderful things happening on our campus because of their efforts. I appreciate the fact that the Board of Trustees wants to see the strong momentum we have at Mississippi State continue in the years to come. I also appreciate the confidence they have placed in me, and I look forward to continuing to work with them and all of our many stakeholders,” Keenum said.

Keenum also praised and thanked the university’s students, faculty and staff as “the bedrock of our beloved university.”

In an Oct. 15 letter to Mississippi State University Foundation Chairman Hines Brannon, Keenum said: “As you know, one of my passions personally is to grow our support of student scholarships. It is also an institutional priority, and we have made great progress in the level of support we are able to provide our students. If I fulfill the obligations set forth in the provision, it would be my request that the Foundation Board of Directors, after determining an appropriate amount, use a majority—if not all—of this incentive for scholarships. While I know any possible action on the retention incentive item is several years away, I wanted you to know of my desire to make this investment in our students.”

Reaching a new all-time high in Fall 2020 with 22,986 students enrolled, Mississippi State has awarded more than 5,000 degrees at all levels for nine straight years, and the university is ranked as Mississippi’s Best Value College with graduates earning the highest average starting salary in the state, as well as mid-career salary. The Chronicle of Higher Education has designated Mississippi State as a “Great College to Work For” for the past five years after receiving top ratings from employees on workforce practices and policies. The Phi Beta Kappa Society, the nation’s oldest and most prestigious academic honor society, granted Mississippi State a chapter in 2018 after a rigorous, multi-year review.

Keenum has served as president of the Southeastern Conference. During his two-year term, he led the SEC Executive Committee, and he continues to serve on the SEC’s Content Committee Board of Directors that oversees the highly successful ESPN-SEC Network. In 2018, he was named chairman of the College Football Playoff’s (CFP) Board of Managers. The CFP determines the national champion of the NCAA Division I Football Bowl Subdivision.

In 2018, he was elected to serve a six-year term on the Board of Trustees of the Mississippi Department of Archives and History, which is the second-oldest state department of archives and history in the country.

A graduate of Corinth High School, Keenum earned an Associate of Arts degree from Northeast Mississippi Community College in Booneville and was a member of the Northeast Tigers football team. He earned bachelor’s, master’s and doctoral degrees in agricultural economics from Mississippi State University.

He is married to the former Rhonda Newman of Booneville, also an MSU graduate. They have four children: Rett, Mary Phillips, Katie and Torie.