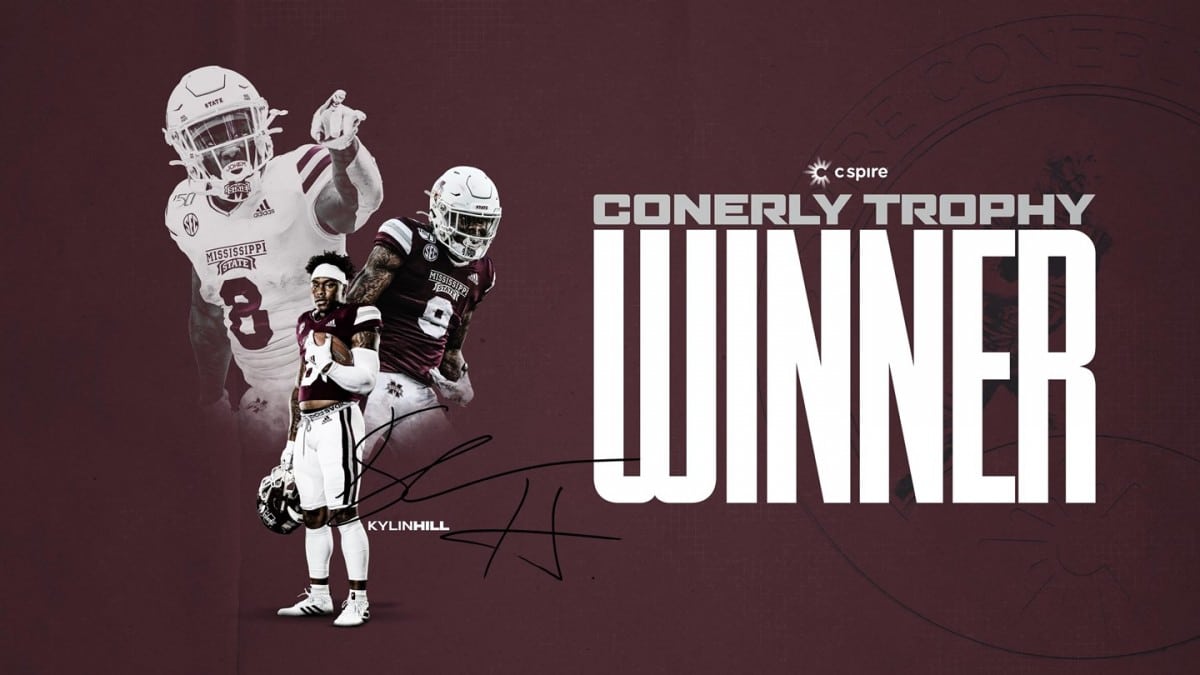 For the second straight season, a Bulldog has been chosen as the top college football player in Mississippi.

Named in honor of Ole Miss and New York Giant great Charlie Conerly, the award is presented to the top college football player in Mississippi each year, and Hill becomes the 8th Bulldog to win the award.

“It’s really special,” Hill said. “Growing up as a kid, this is an award every Mississippi athlete should want to win. I’m honored and thankful. I know [the other finalists] are all great athletes. For me to win it, it’s a compliment.”

The junior RB racked up 1,347 yards and 10 touchdowns this season, including a 132-yard performance in Mississippi State’s 21-20 win in the Egg Bowl on Thanksgiving night. That marked Hill’s 8th 100-yard performance of the season – tying a Bulldog single-season record.

Hill was selected as the winner over 9 other finalists by a panel of statewide sports media representatives. The Columbus native also won the fan voting portion of the award, which counts for 10% of the award.

The other finalists for the award included: