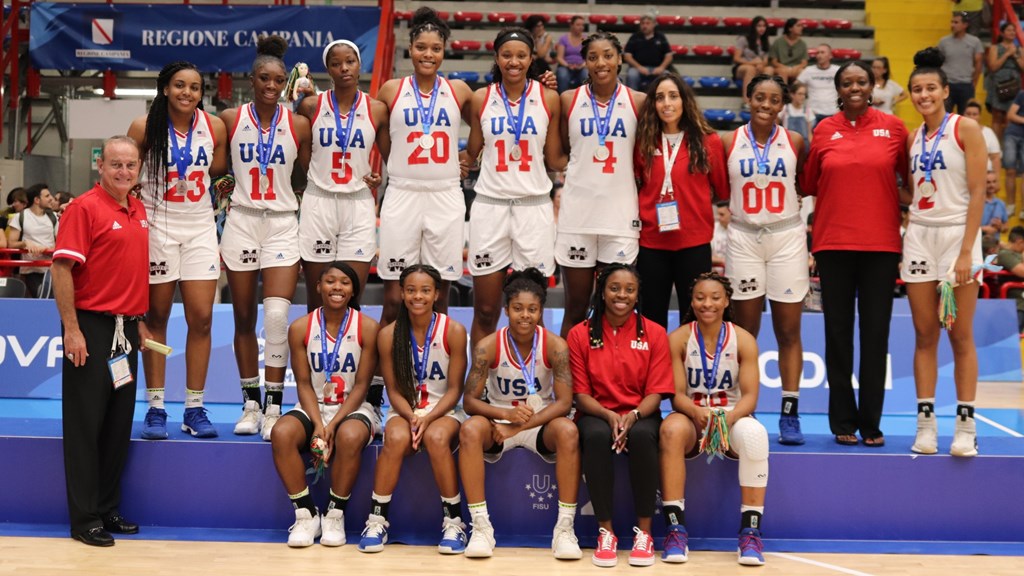 Despite a hard-fought game, USA Team fell to Australia in the finals of the World University Games, 80-72, taking home the silver medal for the event.

“We got beat by a better, veteran team today,” said head coach Vic Schaefer. “It wasn’t our best day, but I am extremely proud of our kids and our team. We have gone through a gauntlet of seven teams from different countries with the best players from those countries playing against our team from Mississippi State. I couldn’t be prouder of our kids. We have grown tremendously. You can’t put a value on the experience that we’ve had, both playing as well as the cultural experience. Italy has been wonderful to us, and the people here have been tremendous. Again, I have seen so much growth with our kids. I’m so encouraged for our upcoming season in 2019-20. I know people back at Mississippi State are proud of this team. I think the future is bright.”

Australia, who won gold at the 2017 games, used a 29-14 advantage in the third quarter to pull away from the Red, White, and Blue and reclaim its title.

The U.S. was led in scoring by Rickea Jackson, who had a game-high 18 points to go along with five rebounds. JaMya Mingo-Young had a solid performance off the bench, finishing with 12 points and two assists.

For the game, the U.S. shot 38 percent from the field. Jazzmun Holmes finished with six assists, four points and four steals in her final game playing under Schaefer. Yemiyah Morris just missed out on a double-double, recording eight points and 11 rebounds in 28 minutes of action.

“We basically had these kids come in and go through a November and December schedule without them going through September and October as preseason,” said Schaefer. “We asked them to develop some chemistry both offensively and defensively. Rickea didn’t even get here for another week because she was playing in the FIBA 3×3 U18 World Championships. It’s a credit to our kids and my staff with what they were able to do in such a short period of time to get ready to play this kind of competition. It’s unbelievable. They said that no USA Team has ever placed that was represented by a university’s team. To be able to play for gold tonight, I couldn’t be prouder.”

Australia held the Red, White, and Blue in check during the first quarter, allowing the U.S. just 15 points. The Aussies also put USA Team in foul trouble early on and found success at the free throw line, going 7-of-10 in the period to help take a 23-15 lead.

The U.S. came out strong on both ends of the floor in the second quarter. Australia outscored USA Team, 29-14, in the third quarter to pull ahead. The Aussies shot 11-of-20 from the floor and knocked down five threes to take what would be an insurmountable lead. Despite trailing by as much as 20 in the second half, the U.S. fought until the very end, using an 11-0 run to end the game and cut Australia’s lead to single digits.