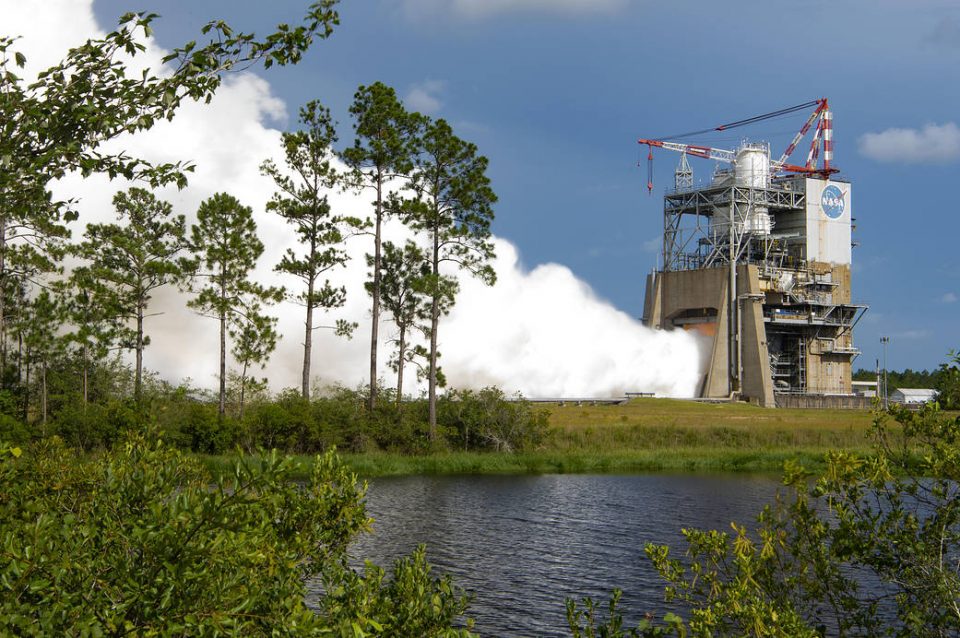 NASA conducted a fifth RS-25 single-engine hot fire on Wednesday, July 14th, as a continuation of its ongoing seven-part test series, supporting development and production of engines for the agency’s Space Launch System (SLS) rocket on future missions to the Moon.

Operators fired the engine for more than eight minutes (500 seconds) on the A-1 Test Stand at Stennis Space Center near Bay St. Louis, Mississippi, providing data to Aerojet Rocketdyne, lead contractor for the SLS engines, as it produces engines for use after the first four SLS flights. Four RS-25 engines, along with a pair of solid rocket boosters, will help power SLS, firing simultaneously to generate a combined 1.6 million pounds of thrust at launch and 2 million pounds during ascent.

During the July 14th test, the team fired the engine at 111% of its original power level for a set time, the same level that RS-25 engines are required to operate during launch, as well as 113%, which allowed operators to test a margin of safety. NASA is building SLS as the world’s most powerful rocket to send the agency’s Orion spacecraft to the Moon as part of Artemis, including missions that will land the first woman and the first person of color on the lunar surface.

The agency is working towards launch of the Artemis I uncrewed flight test this year, which will pave the way for future flights with astronauts to explore the lunar surface and prepare for missions to Mars. SLS and Orion, along with the commercial human landing system and the Gateway outpost in orbit around the Moon, are NASA’s backbone for deep space exploration.