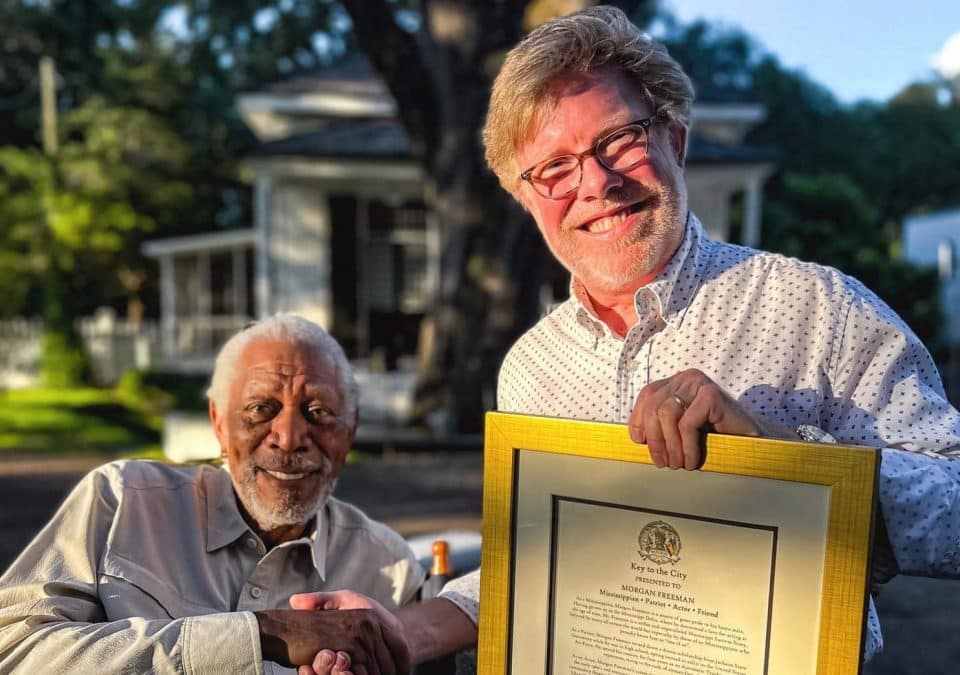 While the Mississippi native was filming season two of the History Channel docuseries, Great Escapes with Morgan Freeman, in Natchez, Mayor Dan Gibson found it necessary to honor one of the most renowned figures of the entertainment industry.

While on set, Gibson presented Freeman with a key to the city of Natchez preceded by a message that reads as follows.

As a Mississippian, Morgan Freeman is a source of great pride to his home state.  Having grown up in the Mississippi Delta, where he discovered a love for acting at the age of nine, Mr. Freeman is a stellar and unparalleled Mississippi Success Story, beloved by many all across the world but especially by those of us Mississippians who proudly know him as “one of us”.

As a Patriot, Morgan Freeman turned down a drama scholarship from Jackson State University while he was in high school, opting instead to enlist in the United States Air Force. He served his country for four years as an Automatic Tracking Radar repairman, rising to the rank of airman first class.

As an Actor, Morgan Freeman’s career now spans into seven decades, beginning in the early 1960s and remaining active even now in the 2020s. From early stints in community theatre, Broadway, and television, Mr. Freeman eventually made it to the Silver Screen and has remained there for over 50 years, starring in more blockbuster films than one can count. He is both an Academy Award Winner and Golden Globe Winner for his role in Driving Miss Daisy, and has been the recipient of numerous other awards, including 5 Academy Award Nominations, 5 Golden Globe Award Nominations, and 3 SAG Nominations, including the Best Supporting Actor Award for Million Dollar Baby.

As a Friend, Morgan Freeman has truly made the world a better place. His concern for the environment, racial equality, and peace have been evident throughout his life and career. And most recently he has been a friend to Natchez as the star of The History Channel’s “Great Escapes,” now wrapping its second season of filming in our beautiful City on the Highest Bluff.

Now, therefore, in my capacity as Mayor of Natchez, and on behalf of our City and Board of Aldermen, it is my pleasure to present to Morgan Freeman this Key to the City.