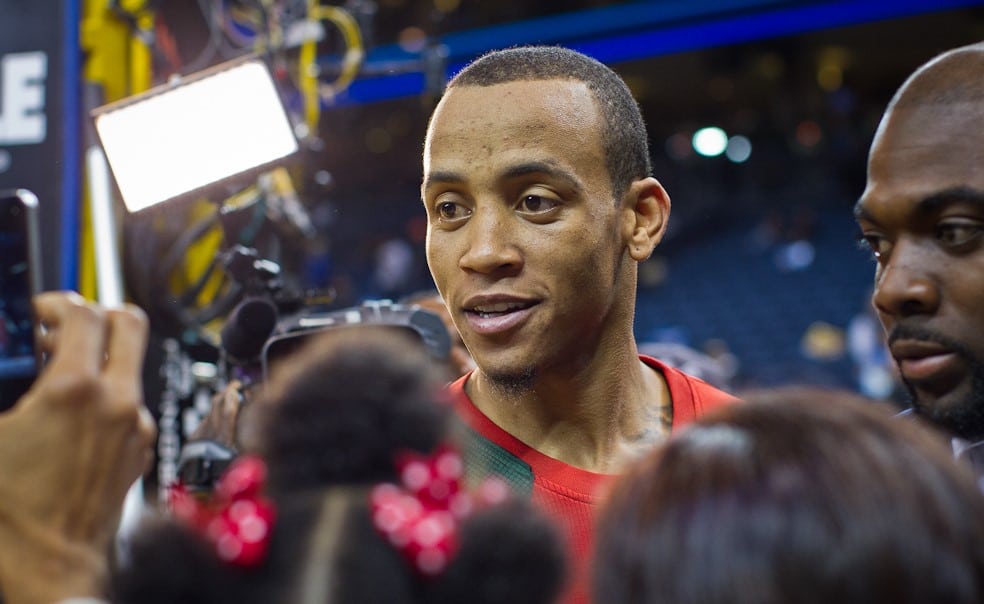 On Monday morning, the university announced that Ellis, who attended Lanier High School before enjoying a 12-year NBA career, donated $60,000 to the band program, which is now directed by one of Ellis’ childhood classmates.

“I am always overjoyed and humbled when anyone donates to our students and program,” JSU Director of Bands Dr. Roderick Little said. “This particular donation is unique because Monta Ellis and I grew up together in the same neighborhood.”

The philanthropic gift from Ellis actually reconnected the two, who both share the same goal for the capital city’s largest university.

“Anybody from Jackson can tell you what the Sonic Boom means to our city. Growing up, kids either want to be a J-5 drum major or a J-Sette,” Ellis said, according to Sonic Boom media. “I believe in what Dr. Little is doing with the Boom, and I want to do whatever I can to keep making it stronger and give more students a chance to be part of that legacy and earn an education.”

To learn more about the Sonic Boom, click here.