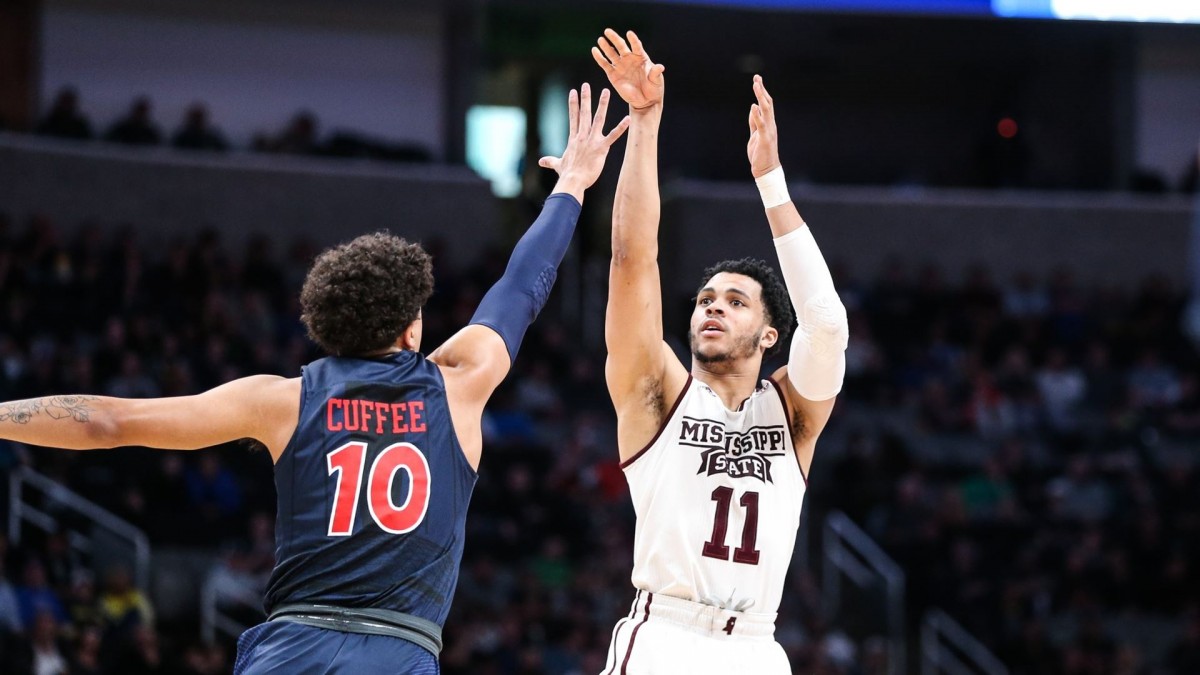 While most Bulldog fans were tuned in to the baseball team’s CWS matchup with Lousiville last night, a former member of the basketball program had his name called during the NBA Draft.

In the 2nd round of the draft, guard Quinndary Weatherspoon was selected by the San Antonio Spurs with the 49th overall pick.

SportsTalk Mississippi’s Brian Hadad likes the fit for Weatherspoon as he now gets a chance to play for a legendary coach.

“Weatherspoon’s versatility was possibly his biggest plus, a player that can handle the ball, shoot from distance, create his own shot, and play solid defense should quickly endear himself to a coach like Gregg Popovich,” Hadad wrote.

With 18.5 points per game in 2018-19, Weatherspoon led the Bulldogs to their first NCAA Tournament apperance in a decade.

MSU PF Aric Holman has reportedly signed with the Lakers as an undrafted free agent.

PG Lamar Peters chose to enter the draft as a junior and went undrafted.

For Ole Miss, guard Terence Davis didn’t hear his name called and will have to wait and see if a team gives him a chance as a UDFA.

According to NBA.com, Davis had pre-draft workouts with the Celtics and the Warriors.