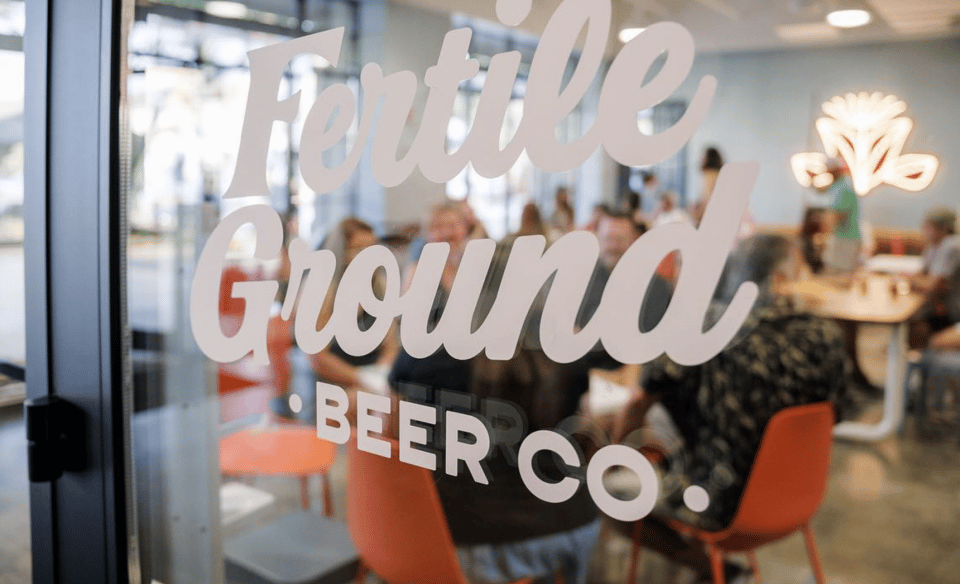 Located in the heart of the Belhaven Town Center, Fertile Ground Beer Co. is looking to make a splash in the Jackson craft beer industry.

Cofounders Matthew McLaughlin and Conner Reeves share a mutual passion for craft beer. After an opportunity to open their own brewery presented itself, the two were eager to explore ideas that eventually became a reality.

One of the objectives behind the idea of Fertile Ground was to create a space that would be more inviting to bring people from all backgrounds together over a glass of craft beer. That being said, the founders knew that they needed to design a facility that would be unlike any other stereotypical brewery.

“There was also a lot of intentionality behind how we designed the space,” McLaughlin said in an interview with SuperTalk’s Rebecca Turner. “When we started meeting with the design team, the instructions were specifically to ‘take everything you know about a brewery that you have in your mind and do the exact opposite and bring us something that’s got a little bit more of a feminine touch. Fresh, clean and bright.'”

Additionally, the founders wanted to give their brewery a name that would be rooted in Mississippi pride.

“It is sort of a reference to the agricultural base that exists in Mississippi,” McLaughlin said. “Mississippi has been the fertile ground for music, and you know, the literary achievements for over a century. So, it’s all of these things that are sort of interwoven together.”

As a big believer in relationships with people, McLaughlin was able to find his brewers through such connections. A long-held friendship with Jackson City Councilwoman Virgi Lindsay and her son, Chaz, assisted the Fertile Ground founders in finding their head brewer.

To date, Fertile Ground has eight beers on tap and a capacity for 16. According to Reeves, the brewery will be adding new beers periodically throughout the summer.

If you’re looking to enjoy the local brews at Fertile Ground Beer Co., their hours are as follows: