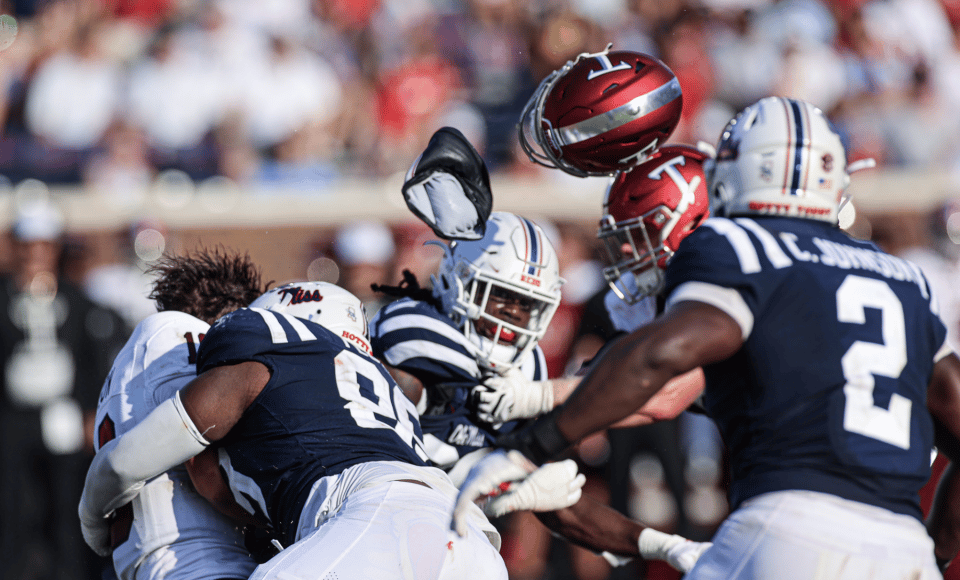 The lingering question going into the season for Ole Miss was who would replace Matt Corral at quarterback, and following the team’s 28-10 win over Troy on Saturday, no answer has been found.

Rebels head coach Lane Kiffin announced prior to kickoff that USC transfer Jaxson Dart would start versus the Trojans and Luke Altmyer would get a chance to do the same next week against Central Arkansas.

Through three quarters and some change, Dart threw for 154 yards with one touchdown and one interception. His 67% completion percentage wasn’t unimpressive. However, there were multiple instances in which the former five-star either overthrew receivers or indecisively went through his progressions.

Fortunately for the Rebels, a handful of newcomers in the running backs room as well as an expected outing from the defense allowed Kiffin’s squad to cruise to a Week 1 win that didn’t feel as close as the scoreboard suggested.

TCU transfer Zach Evans led the way with 130 yards on 20 carries while true freshman Quinshon Judkins rushed for 87 yards on 14 carries and one touchdown. Ulysses Bentley IV undoubtedly made the play of the day when the SMU transfer appeared to go down before regaining his footing and strolling into the end zone for six.

On the defensive side of the ball, the Rebels held Troy to 4.3 yards per play with 10 tackles for a loss, two forced turnovers, and four sacks — including this borderline assault from JJ Pegues.

Another performance worth noting came from Malik Heath, who joined Breck Tyler as the only wide receivers to score touchdowns for both Ole Miss and Mississippi State. Heath finished the day with two receptions for 15 yards.

The Rebels will be back in action next Saturday when they face off against Central Arkansas. The last time the two teams met, Ole Miss won 49-27 in 2012.