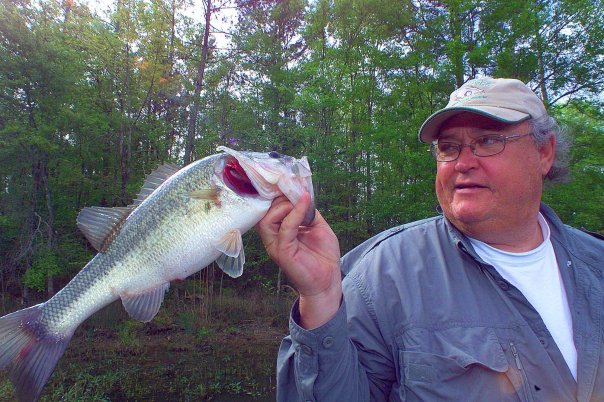 Cleveland, who recently passed from a car accident, was one of the most well-known Mississippi outdoors writers, often keeping hunters and fishermen updated on the changing regulations of the Mississippi Department of Wildlife, Fisheries, and Parks.

On top of being a journalist for The Clarion-Ledger, Cleveland served as the public information officer for the Pearl River Valley Water Supply District, the company that operates the reservoir, for 10 years.

Now, friends and community members have banded together to honor and memorialize the impact Cleveland had on the area by petitioning the lake to be renamed the R.H. Cleveland Reservoir.

The massive body of water was first named after Governor Ross Barnett after its completion in 1963, with some stating that the name should be changed due to Barnett being a sworn segregationist during his time in office.

Despite the history behind the reservoir’s name, the creators of the petition Barin von Foregger and Todd Macko defend that Barnett’s racist viewpoints are not the reasoning behind the change.

“When I mentioned that I think that they ought to change the name to R.H. Cleveland, it was not so much a condemnation of ex-governor Ross Barnett. It was more in appreciation of what Bobby Cleveland meant to the community and to the reservoir,” explained Macko, a close friend of Cleveland who first had the idea to rename the reservoir.

“We wanted this to be one hundred percent about Bobby Cleveland and unfortunately through social media and Facebook, it’s turned into a political divide and that’s not what we wanted,” said Foregger, the creator of the petition and former coworker of Cleveland. “Through a little research, we did see that another lake in Smith County was a Ross Barnett Lake and they renamed it as well… We just want to see if it is a possibility to memorialize Bobby, it would be great.”

So far, over 600 Mississippians who support the renaming of the Ross Barnett Reservoir have already signed the petition, with the number of signatures quickly climbing each day.

As the initial goal of 500 signatures on the petition has already been surpassed and continues to grow, both Macko and Foregger hope that the reservoir’s board of directors will consider the change due to the apparent impact Cleveland had on the community.

Foregger invites Mississippians that wish to join in on the renaming process to attend the board meeting in June.

“We invite everyone to come out, whether you’re for it or against it,” he said. “Let the board know that you have a voice and let’s see if we can do something to honor Bobby.”