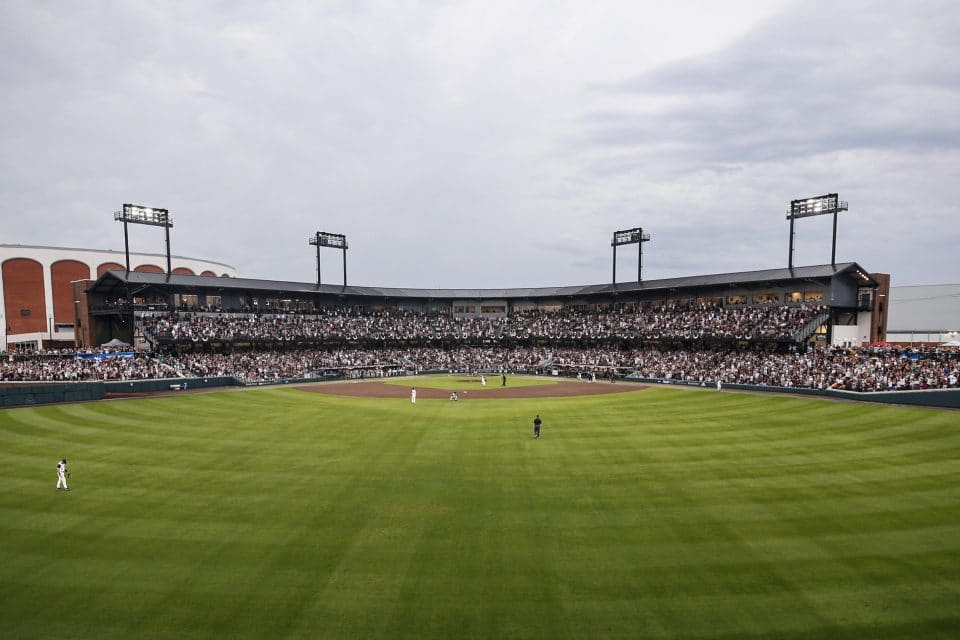 Notre Dame did not let their first loss of postseason play linger with them. After a quick start by Mississippi State on Saturday, the Fighting Irish took control of the game, claiming a 9-1 win over the Bulldogs to force a decisive game three in Starkville Monday evening.

They take down the Bulldogs 9-1 and force a Game 3 Monday night!!!#GoIrish x #Rally pic.twitter.com/ZOAis0hSTg

State led off the game with Rowdey Jordan’s triple, followed by a Tanner Allen sac fly, but from there, it was all blue and gold. The Irish immediately grabbed the lead in the bottom half of the first, going up 2-1 thanks to a Christian MacLeod error. State held the margin to 2-1 until the fourth, when another error extended the inning leading to a three run home run from David LaManna. Notre Dame would tack on two more in the sixth with a towering home run to left from Jack Brannigan, and an RBI fielder’s choice in the seventh to set up the final margin of victory.

State will head to Monday looking to advance to the College World Series, playing their first Super Regional elimination game at Dudy Noble Field in school history. The Bulldogs have not announced their game three starter, though it is likely to be senior lefthander Houston Harding. Both teams have the bulk of their staffs available for the final game of the series.

Ole Miss Blasts No. 5 Arizona to Even Tucson Super Regional