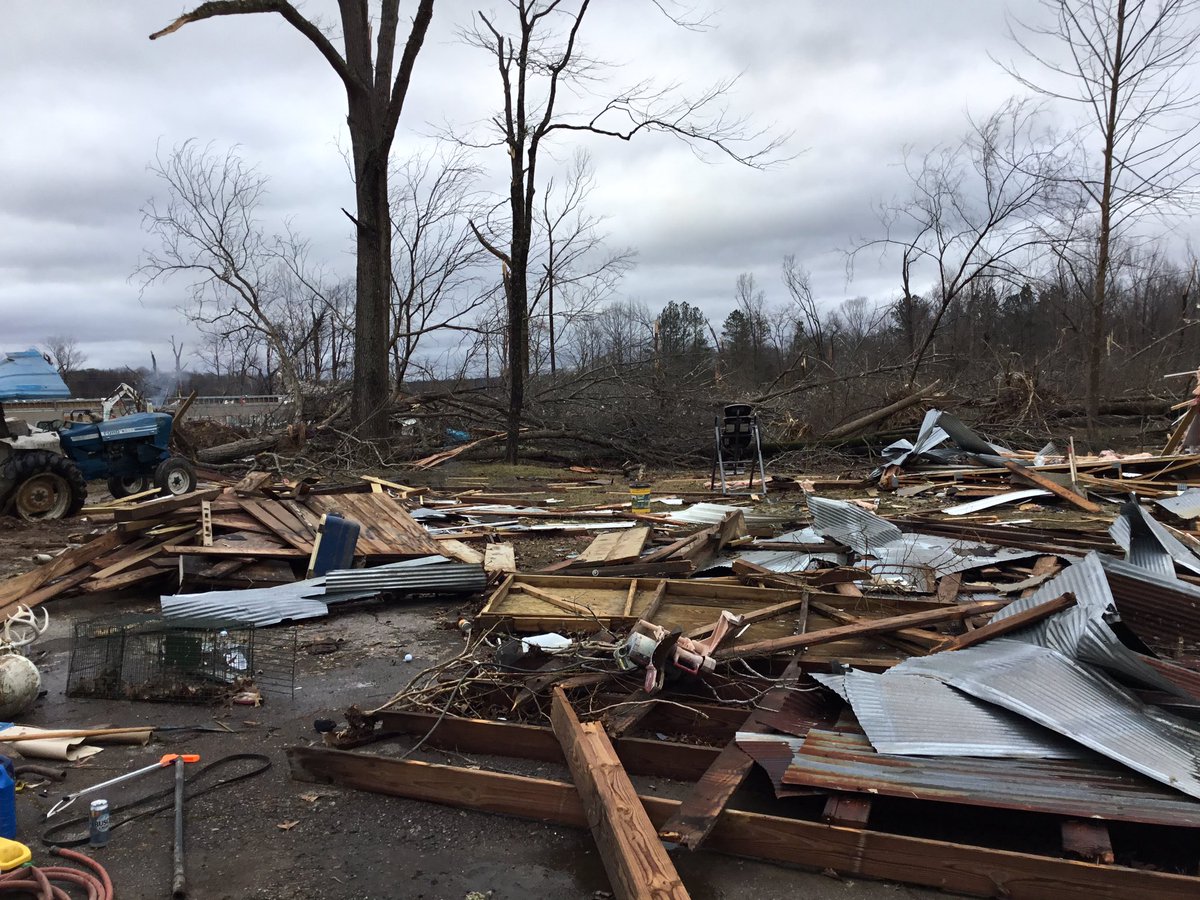 Mississippi was hit hard by severe weather over the weekend.

While assessments are ongoing, the National Weather Service has confirmed that three tornadoes touched down across the state on Saturday.

The strongest storm was an EF-2 storm in DeSoto County with winds reaching up to 120 mph.

Some substantial-looking damage NE of Hernando in #DeSoto County. pic.twitter.com/TvRxWXQXb0

The NWS stated that “numerous homes were damaged, with some sustaining significant damage” as it spanned 8.25 miles in the area.

Other storms included an EF-1 tornado in Tate County with 100 mph winds and an EF-0 storm in Scott County with winds reaching 65 mph.

The storm in Tate County damaged trees and roofs in the area, according to the NWS.

The initial report from the Scott County storm can be seen below.

Our damage survey today found an EF-0 tornado occurred on the northeast side of Forest in Scott County, MS this morning. Peak winds were around 65 mph. Length 2.95 miles. Max width 250 yards. #mswx pic.twitter.com/s2vqkJqd4Z

No injuries were reported in Mississippi, but fatalities occurred in Alabama, Louisiana, and Texas following tornadic activity.

Gov. Phil Bryant Stops by on His Final Full Day as Governor