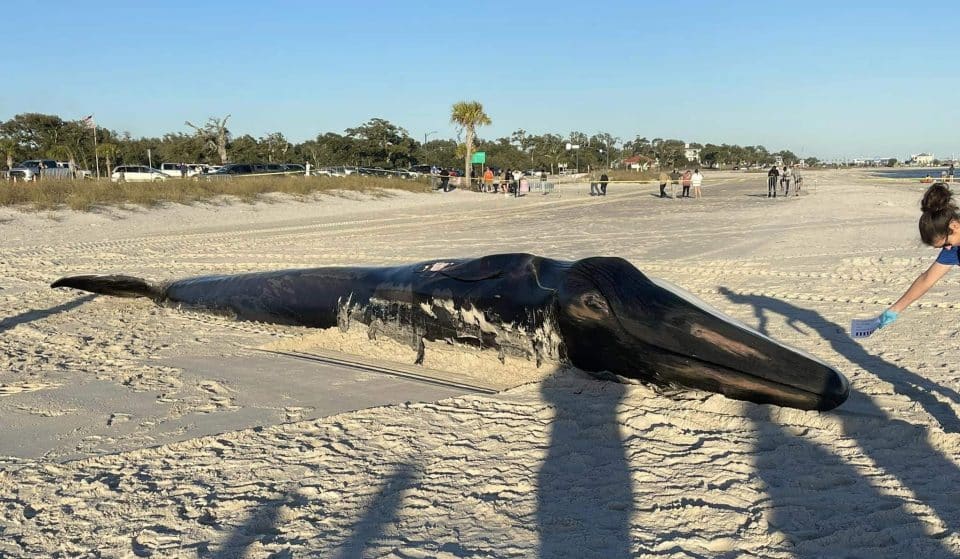 Authorities are looking into the death of a whale that was spotted right off the beach in Pass Christian Saturday morning.

After originally believing it to be a Rice’s whale – an endangered species native to the Gulf of Mexico – the Institute for Marine Mammal Studies later announced that it was, in fact, a fin whale.

Fin whales, unlike Rice’s whales, are migratory creatures found all across the globe. Fin whales are the second-largest whale species, second only to the blue whale, and are considered endangered under the Endangered Species Act. They get their name from an easy-to-spot fin near their tail.

Since 2002, there have been only three fin whales stranded in the Gulf of Mexico. Just last week, a dead dolphin washed ashore the same beach in Pass Christian.

Thunder & Lightning: Good Luck Figuring Out Who Mississippi State’s Offensive Coordinator Will Be