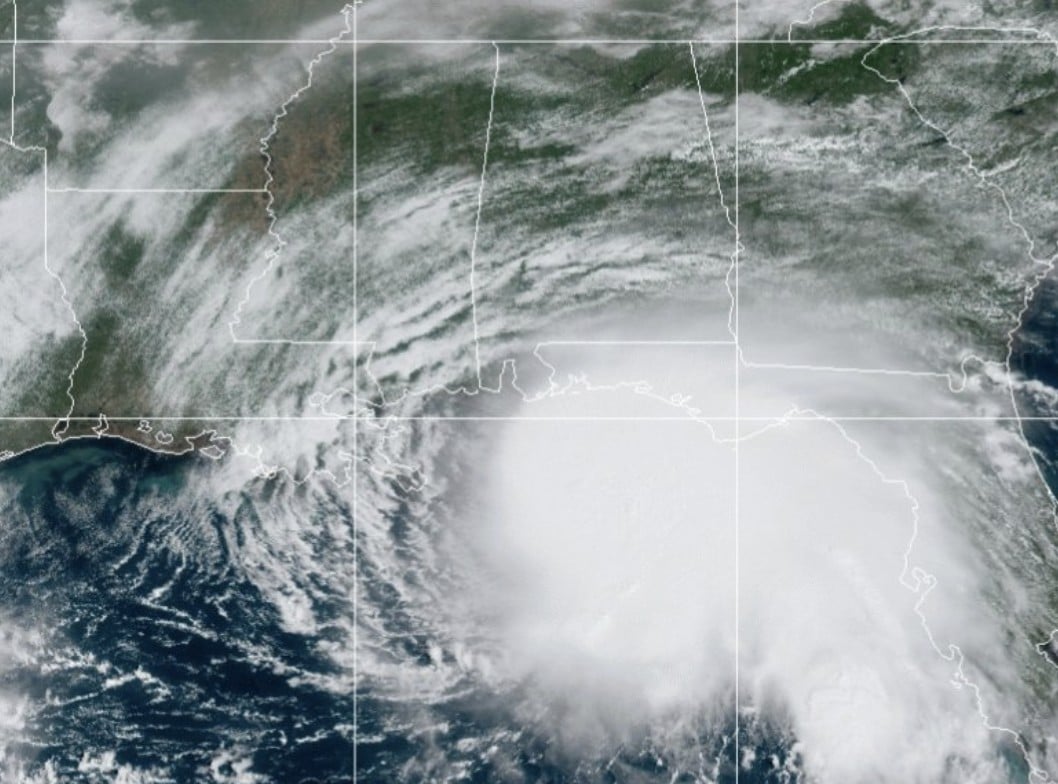 *This article has been updated to reflect that Sally has become a Category 2 Hurricane.

As expected, Sally has officially strengthened to become a Category 2 Hurricane with landfall expected on the Gulf Coast late Tuesday night/early Wednesday morning.

During a briefing this morning, Governor Tate Reeves, officials with the Mississippi Emergency Management Agency and the Mississippi National Guard provided the latest update on the storm.

Hurricane Sally’s path has shifted slightly to the east with a projected landfall of 2 a.m. Wednesday morning around Biloxi with maximum sustained winds between 85-90 mph. The governor also explained that that the storm slowing “considerably” from 12 mph to 8 mph is a cause for concern.

“The longer it stays out in the Gulf of Mexico, the higher the likelihood is that it continues to grow in size, scope and severity,” he said.

While the entire Gulf Coast will likely see a storm surge, officials stated that the lower three counties will see the highest surges with the following projections:

Rainfall estimates continue to grow with Governor Reeves stating that it is “anticipated that we could exceed 20 inches of rainfall on the coastline, partially in Harrison & Jackson Counties.”

The storm’s current path would continue to shift east after landfall, quickly moving out of Mississippi. Despite that, the storm will continue to bring heavy rainfall through Southeast Mississippi and up to Kemper County.

MEMA Executive Director Greg Michel warned that the threat of flash flooding, strong wind gusts and tornados remains high and that the combination of these conditions could lead to a large number of power outages.

Michel reminds you that shelters will be open as needed, but they should only be used as a last resort in order to adhere to CDC guidelines. If you enter a shelter, you must wear a mask.

This morning, an evacuation order was issued by Hancock County for anyone living in low lying areas, residents living on rivers, river inlets, bayous, creeks, and in travel trailers, modular homes, homes under construction or partially constructed homes.”

Currently, 60 Mississippi National Guardsmen (6 teams of 10) have been activated with more ready to respond if necessary.

As a reminder, now is the time to prepare for severe weather. Have your evacuation plan ready and organize your emergency kit.

NOW is the time to prepare for #Sally. While you never know what these systems will bring, it’s always best to be prepared.