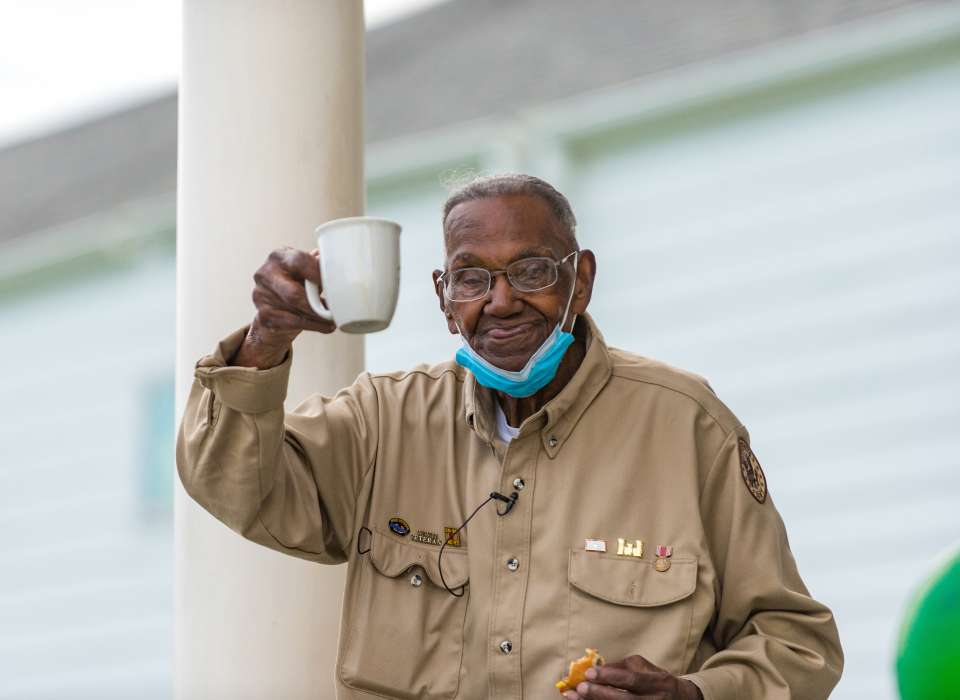 The oldest World War II veteran in the United States, Lawrence N. Brooks, has passed away at the age of 112.

Announced by the National World War II Museum and confirmed by his daughter, Brooks was believed to be the oldest man in the country.

Brooks, who moved to the Mississippi Delta with his family as an infant, served in the segregated U.S. armed forces at the beginning of World War II, where he was assigned to non-combat units and relegated to service duties due to racism at the time.

“I don’t have no hard feelings toward nobody,” he said during a 2014 oral history interview with the National World War II Museum. “I just want everything to be lovely, to come out right. I want people to have fun and enjoy themselves — be happy and not sad.”

In his life after service, Brooks mostly lived in New Orleans. One of his favorite pastimes was to sit on the porch of his double shotgun house he shared with daughter Vanessa Brooks in the Central City neighborhood and talk to neighbors as they passed.

When asked what his secret to a long life was, he would often say, “serving God and being nice to people.”

Rest in peace to an out-and-out source of positivity.

Thunder & Lightning: The Rumblings Are Back!