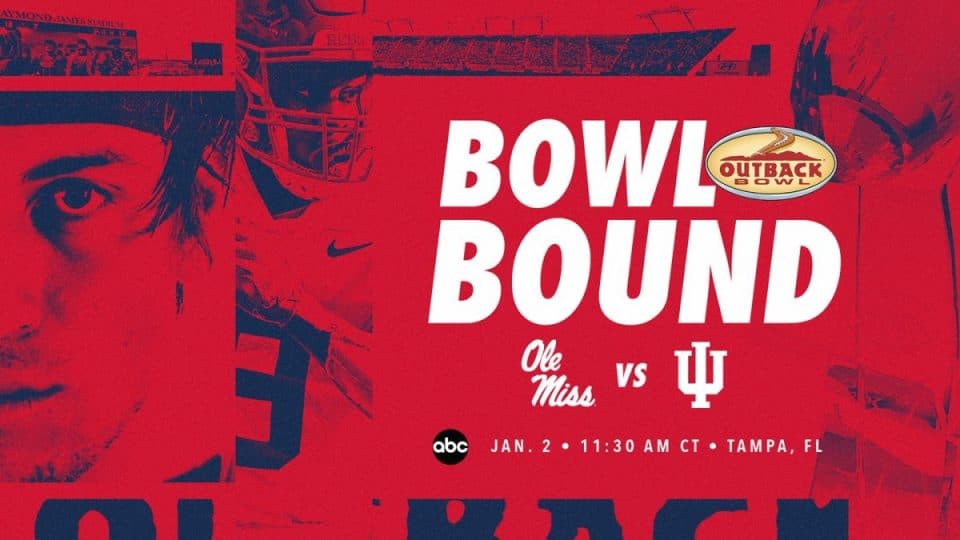 For the first time since their Sugar Bowl victory in January 2016, Ole Miss is headed back to postseason play after accepting a bid to the Outback Bowl where they’ll meet the 11th-ranked Indiana Hoosiers on January 2nd.

The Rebels concluded the 2020 regular season Saturday with a 53-48 loss to LSU, navigating its SEC-only schedule with a 4-5 record under first-year head coach Lane Kiffin.

“Taking this team back to a bowl game is a good first step in our progression toward building a championship program,” Kiffin said. “We look forward to representing our university on this national stage against a top-10 opponent in Indiana. The Outback Bowl is a premier postseason destination, and I’m excited for our players to experience this trip.

The Hoosiers, out of the Big 10, went 6-1 and narrowly missed out on a chance at competing for a conference title. Their lone loss came against Ohio State, who appeared in the championship game despite only playing five regular-season games. Indiana will be without starting quarterback Michael Penix Jr. after he suffered a torn ACL against Maryland in late November.

While Ole Miss and Indiana have never met on the gridiron, there will be a sense of familiarity for a few members of the Hoosier staff, including head coach Tom Allen. Allen served as the Rebel LB coach from 2012-2014. Jason Jones currently coaches the safeties in Bloomington after spending the 2013-18 seasons in Oxford. Additionally, former Ole Miss defensive coordinator Dave Wommack’s son, Kane,  will serve as the Hoosier DC one more time before becoming the new head coach at South Alabama.

This will be the 37th bowl appearance in Ole Miss program history. Kickoff from Raymond James Stadium in Tampa is set for January 2nd at 11:30 a.m.