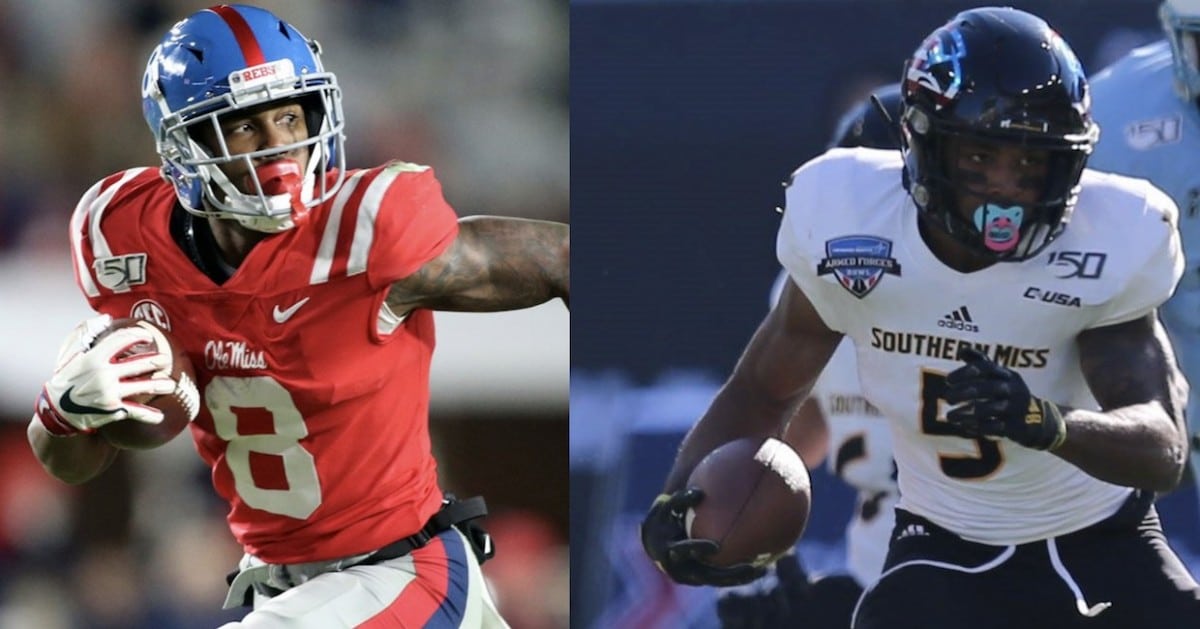 While we anxiously await the beginning of the college football season, #WatchListSZN continues.

Moore led the Rebels with 67 catches for 850 yards and 6 TDs in 2019. While he may be most remembered for his celebration following his final touchdown reception of the season, Moore is poised to lead the Rebels receiving corp once again in 2020 as a preseason All-SEC selection.

For the Golden Eagles, Jones caught 73 passes last season for a total of 902 yards with 3 touchdowns. Jones will likely become the top target for USM in 2020 now that Quez Watkins is a member of the Philadelphia Eagles.

Miss. Representative checked into ICU due to coronavirus