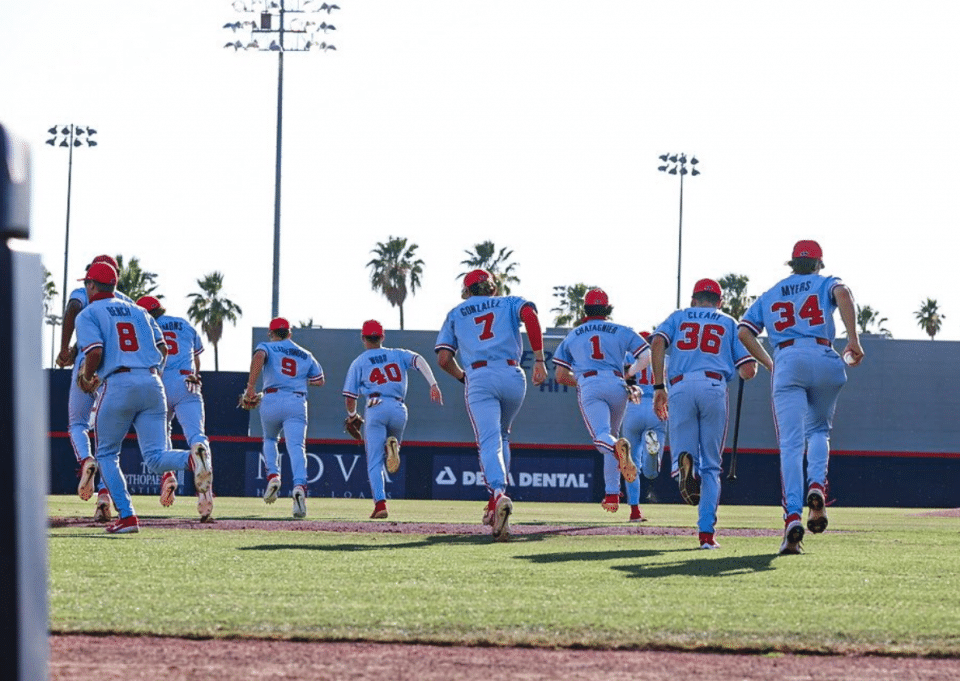 TUCSON, Ariz. – The No. 12 seed Ole Miss Rebels had no answer for college baseball’s best offense Sunday night as the No. 5 seed Arizona Wildcats cruised to a 16-3 victory in the Tucson Super Regional finale.

The Rebels fell one game short of the College World Series, finishing the season at 45-22 overall.

Thank you, Rebel Nation. Gave it everything we had. pic.twitter.com/QvSMe5rZII

Arizona struck first, plating a run in the opening frame after stringing together a double from Branden Boissiere and single by Tony Bullard to make it a 1-0 game early.

In the third, Hayden Dunhurst roped a leadoff single through the right side, prompting Arizona to give a quick hook to its starter Dawson Netz and bring right-hander TJ Nichols out of the bullpen. Hayden Leatherwood greeted him with a double, and Cael Baker tied things up with a sacrifice fly to plate the Rebel catcher Dunhurst.

The Wildcats swiped the lead right back in the bottom half on a two-run home run by Jacob Berry, making it a 3-1 ballgame, but the home team wasn’t done there.

Arizona exploded for seven runs in the fourth, starting with two more via the longball, another two-run homer, this time off the bat of Ryan Holgate. Another single brought Jack Dougherty out of the bullpen, but the freshman didn’t fare any better, walking two and allowing two doubles, including a bases-loaded three-RBI double by Boissiere to make it 9-1. Ole Miss then turned to Brandon Johnson, who allowed one more run on a Kobe Kato double, making the score 10-1 through four.

The home team padded the lead further, plating three more runs in the fifth on a Berry double and Boissiere single. Arizona added two more in the seventh on a two-RBI double by Kato.

In the eighth, Gonzalez clubbed a 463-foot home run deep into the Arizona night, giving Ole Miss another glimpse of what’s to come in the seasons ahead.

Tim Elko had one final curtain call on one of the most inspirational individual seasons in Ole Miss sports history, legging out a double on a torn ACL in his final at-bat of the season. The Rebels plated one final run as John Rhys Plumlee, pinch running for Elko, came home on a Garrett Wood sacrifice fly.

Quick Hits
– Ole Miss closes the season at 45-21.
– Arizona now leads the all-time series, 3-2.
– Ole Miss falls to 62-53 all-time in the NCAA Tournament.
– Kevin Graham extended his reached-base streak to 60 games, the longest in the country this season. He reached safely in 65 of 67 games this season.
– Taylor Broadway made his first career start.
– The team that won Game 1 of every Rebel series this year won the series.

Tropical Depression may form later this week in Gulf of Mexico