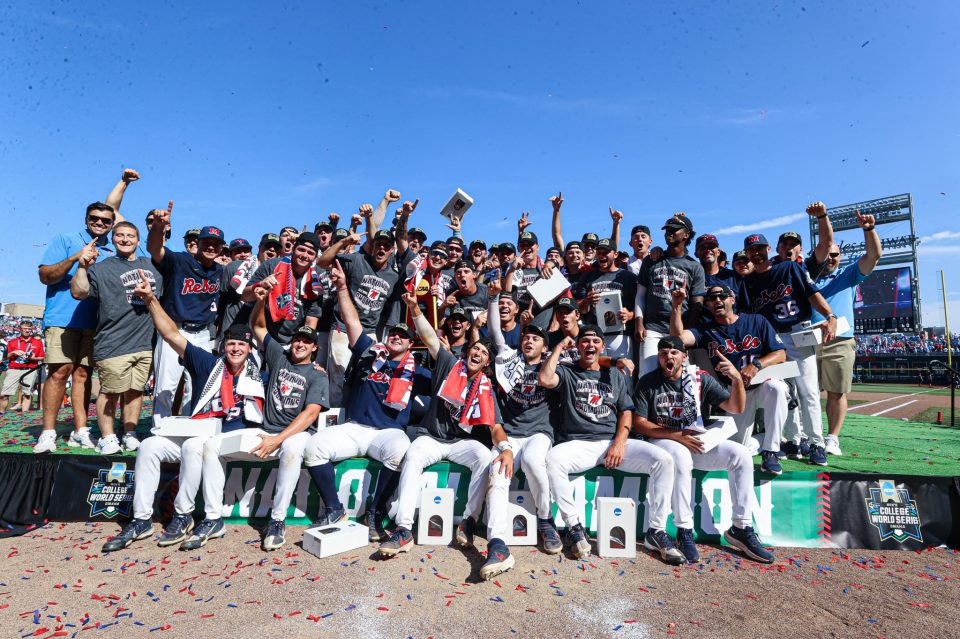 The Ole Miss Rebels are looking to celebrate their big win after bringing home the 2022 College World Series Championship trophy with a parade spanning from the Oxford square to Swayze Field.

Celebrate with the CHAMPS!

The parade’s route will begin at midtown, then pass The Graduate on North Lamar, make a full circle around the courthouse, follow a path in the opposite direction down South Lamar, and end on a right turn onto University Avenue at the university’s Lyceum.

After the parade march, fans are encouraged to make their way to Swayze Field for the Championship Celebration. Gates to the stadium will open at 5:00 p.m. CT.

General bowl seating as well as seating in left and right field will be free of charge for general admission.

Coolers and chairs will only be permitted in the left and right field seating areas. No glass or prohibited items will be allowed into the stadium. All items brought in must be picked up and discarded immediately following the event.

While concession stands will be closed, Water Monsters will be available on the concourse of the stadium.

During the event, coaches, players, team personnel, and other guests will speak to the fans, thanking all of the Mississippians who shared their support along the way.

Free parking will also be available. Here’s a map of where attendees can park:

What to know to about voting in Mississippi’s primary runoffs