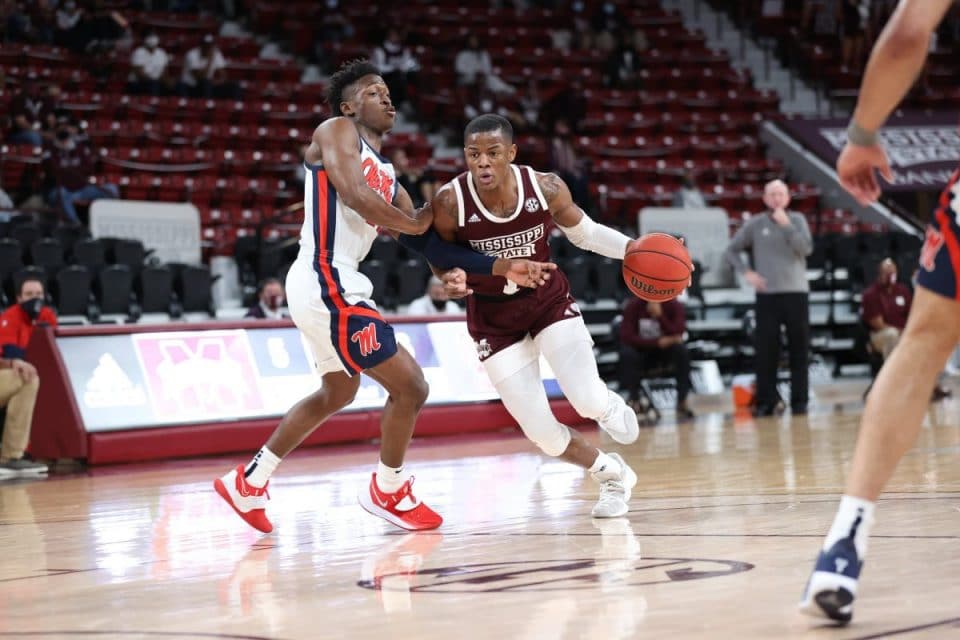 Mississippi State’s up and down season hit another valley, and Ole Miss got a win it desperately needed, controlling both sides of the court in a 64-46 win over the Bulldogs. The Rebels held State to 35% shooting from the field, outrebounded the Bulldogs by 6, and forced a dozen turnovers to take a surprisingly easy win back to Oxford.

State led 11-10 early in the first half, but a 8-0 Rebel run put Kermit Davis’ squad on top for good. The Rebels were led by Devontae Shuler, who scored 22 points on 8-13 shooting. Jarkel Joiner was the only other Rebel in double figures with 12. State was led by DJ Stewart, who scored 14 points, and Tolu Smith, who scored 10 despite being in foul trouble most of the night. The Bulldogs cut the lead down to four in the second half, but then went over 7 minutes without a field goal, leading to the final margin of defeat. Ole Miss has now won 11 of the last 15 in the series.

Mississippi State falls to 9-6, 4-3 in the SEC. The Bulldogs will be back in action Saturday against the SEC leaders, the Alabama Crimson Tide, who are undefeated in conference play thus far. Tipoff is set for noon at the Coleman Coliseum in Tuscaloosa.

With one exception, Mississippi delegation to attend Biden’s inauguration