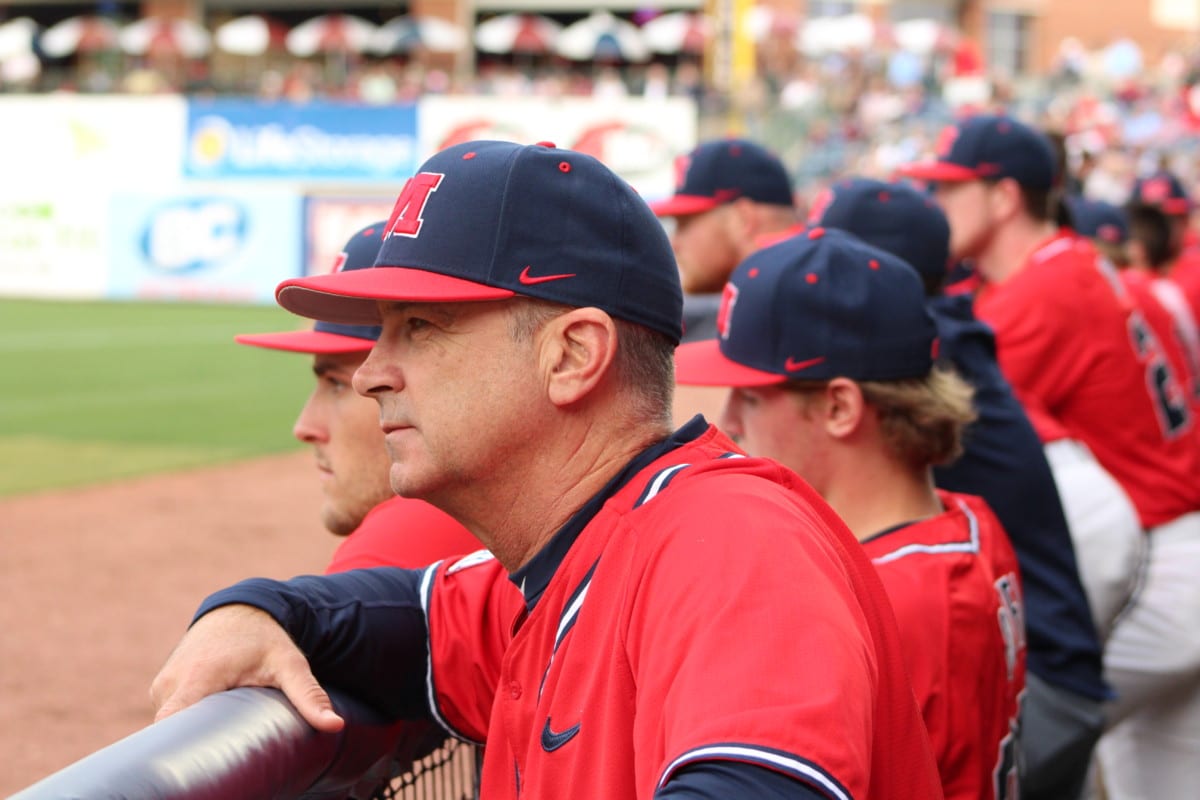 Immediately after Ole Miss fell to Arizona in game three of the Tucson Super Regional, the speculation that Mike Bianco may be on his way to Baton Rouge began. Sunday night, that speculation ended with the announcement that Bianco will return for his 22nd season at the helm of Rebel baseball.

“Mike Bianco is our head coach, and with his contract extended to the maximum four years, we look forward to seeing him lead Ole Miss to new heights, Ole Miss Athletic Director Keith Carter said. “We understand that the consistent success of our program will generate interest from other schools, and with any coach, there can be personal factors that come into play. Mike and I have been in constant contact and have been able to privately sort fact from fiction. Our program is poised to take the next step toward success in Omaha, and we believe Coach Bianco is the right person to guide us there.”

Reports throughout the process indicated that Bianco did interview to fill the opening at LSU following Paul Mainieri’s retirement. With experience as both a player and as an assistant coach in Baton Rouge, many penciled Bianco in as the next Tiger head coach, but Glenn Guilbeau of the Lafayette Daily Advertiser reported Sunday that he removed his name from consideration.

“Ole Miss is home for me and my family, and I am committed to bringing championships to Oxford,” Bianco said in the announcement from Ole Miss. “I’m proud of what we have accomplished over the past 21 years, and I look forward to building on that foundation and achieving new levels of success. I want to thank Rebel Nation for their unmatched support, year in and year out, and how they help make Swayze Field the greatest experience in baseball.”

Despite the regular season success with nine 40-win seasons, the Rebels have just one College World Series appearance (2014) during Bianco’s tenure. Despite falling just short of making it to Omaha, Ole Miss has reached the postseason 17 times under Bianco, making to a seven Super Regionals.