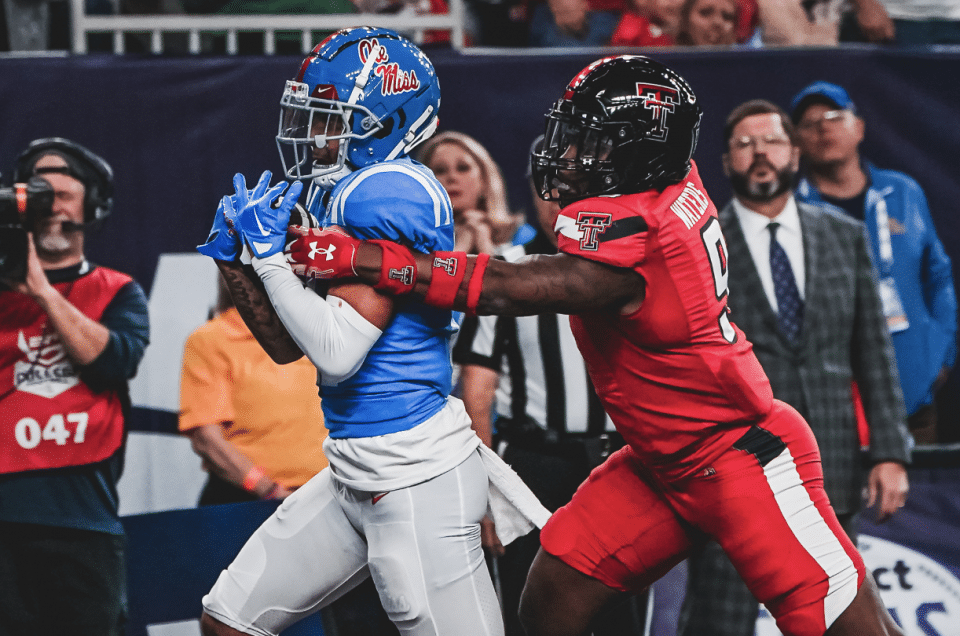 For the second year in a row, a Mississippi team has fallen to Texas Tech in the postseason.

Ole Miss (8-5, 4-4 SEC) lost to Texas Tech (8-5, 5-4 Big 12) 42-25 in Wednesday night’s TaxAct Texas Bowl. The Rebels, who dropped four consecutive games to close out the season, never led in the contest as the Red Raiders took full advantage of the team’s five turnovers and eight penalties.

Texas Tech was successful early in shutting down the Rebels’ rushing attack. After starting the game with just 11 yards on 10 carries, Ole Miss freshman running back Quinshon Judkins finished with 93 yards on 23 carries. It was just the third time this season that Judkins, the SEC’s leading rusher, wasn’t allowed a touchdown.

Junior running back Zach Evans had 66 yards on 11 carries with one touchdown. Quarterback Jaxson Dart completed 25 of 41 passes for 361 yards with three total touchdowns and three interceptions. Malik Heath led all wideouts with 137 yards and one touchdown.

Your Mississippi forecast for Thursday, December 29