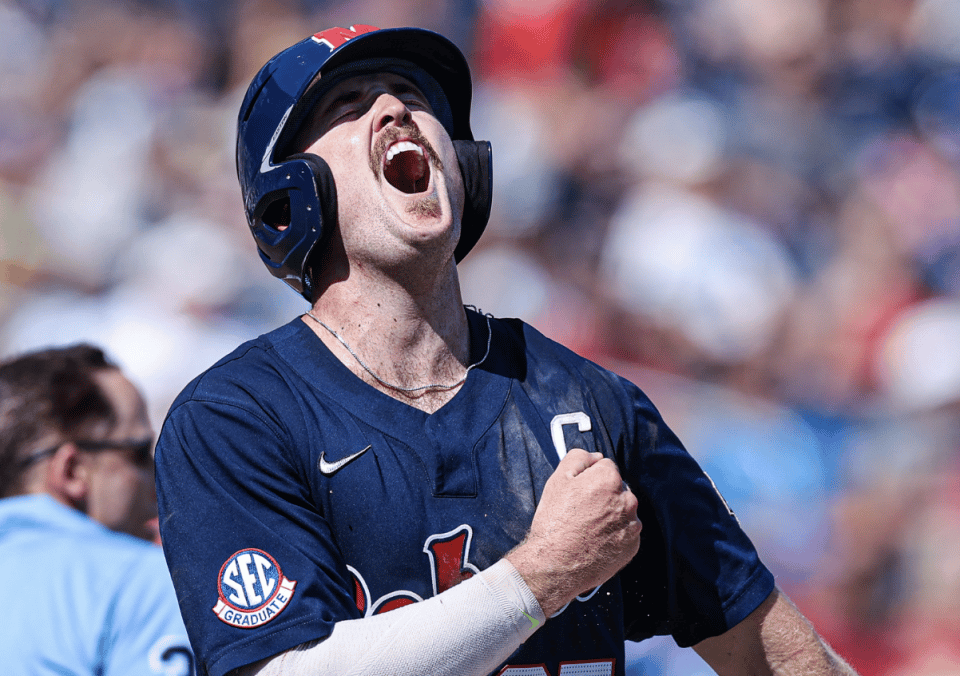 The Ole Miss baseball team secured a spot in the College World Series championship series on Thursday, defeating Arkansas by a score of 2-0.

Thanks to an absolute gem of a performance from starting pitcher Dylan DeLucia, who put up his second complete game of the season, the Razorbacks weren’t able to get anything going offensively.

Kevin Graham initially got the Rebels on the board in the top of the fourth inning when he knocked in Justin Bench on an RBI single. Then, in the top of the seventh inning, Calvin Harris — who has proven himself as a postseason hero for the Rebels — shot one between the gap in right field, scoring Tim Elko.

The first game versus Oklahoma in the College World Series championship series is set for Saturday at 6 p.m. CT on ESPN.

Thunder & Lightning: Mississippi State’s Tackles Are the Biggest Key to the Season