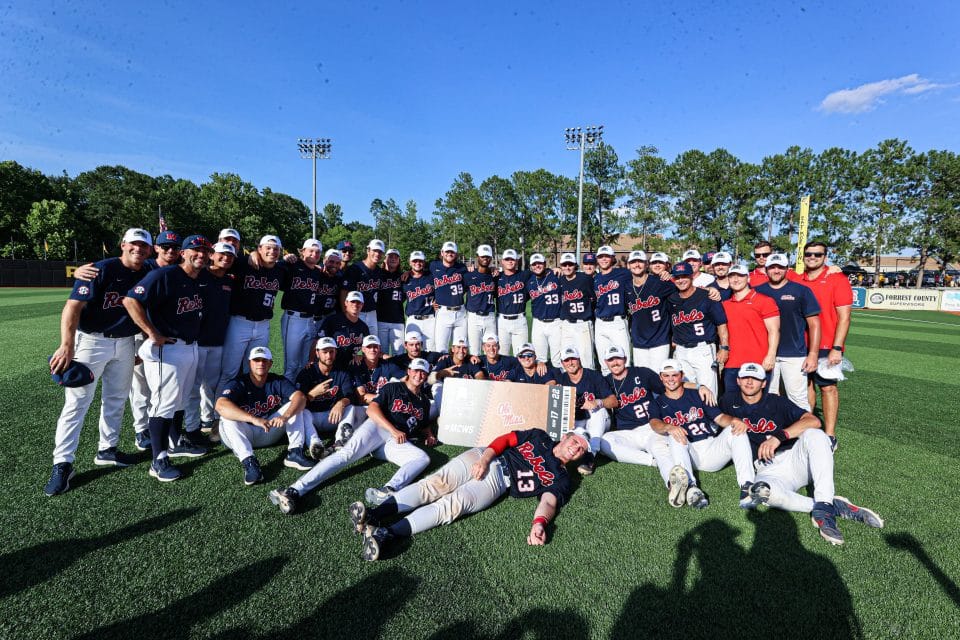 Following the first all-Mississippi Super Regional in history, Ole Miss is going to the College World Series after defeating Southern Miss 5-0 on Sunday.

After four shutout innings by Ole Miss’ Hunter Elliott and Southern Miss’ Tanner Hall, it appeared that game two of the Hattiesburg Super Regional would be determined by pitching.

Ole Miss finally broke the glass ceiling with an RBI single hit by Jacob Gonzalez that scored Calvin Harris, and advanced Justin Bench to third base. Bench went on to score on a passed ball. Kevin Graham proceeded to hit a single, scoring Gonzalez, and giving the Rebels a 3-0 lead.

Consequently for Southern Miss, a stagnant offensive performance in game one carried over into game two as the Golden Eagles were unable to score a single run. Southern Miss now joins LSU and College of Charleston as the only teams in history to be shut out during a super regional.

True freshman Hunter Elliott, a Tupelo native, was credited with the win after giving the Rebels more than seven scoreless innings and 10 strikeouts. He expounded on today’s performance.

“My biggest mindset and my biggest thing today just flood the zone and attack them with my best stuff; whatever I’ve got that day, and stay out of three-ball counts, so it was nice,” Elliott said.

Ole Miss senior Justin Bench was asked about the emotions of making it to Omaha.

“I’m speechless right now. I’m just so proud of this team,” Bench said. “We were 7-14 as Coach B said, looking like we were out of it, but we just stuck together. The senior leadership, you know, kept everybody under their wing. And, we just kept winning, and that got us to here. You know, I’m just proud of this team.”